Kwon is a rapidly rising producer from Los Angeles with intentions of leaving more than just a lasting impression with his upcoming EP “Collections.”

Putting his vision into fruition, the artist exquisitely displays his creative ability through this 7-track project available on March 27th via Moving Castle.

To celebrate 8 Years Of T.H.E, Kwon shares 8 songs that greatly inspire him.

This song was just on repeat when I was creating this EP. Although there aren’t direct influences in the EP but it was worth mentioning because how much I played it.

Tourist has been a favorite of mine for some time. Love songs that take you on a journey and I feel like he is one of the best at doing it. The sounds, emotions and overall mood are all things I took notes on.

Another amazing artist that has such great taste in drums and sound selection. Not much explaining to do here.

Everything off II was just pure gold but these two songs really stuck out to me. Such song journeys that constantly keep you so engaged throughout and was a huge inspiration for the EP.

This song sounds nothing like JU81Y but the synth glides and soundscape was what inspired the song.

The song in itself is great. What inspired me about this song was that it gave me confidence in the music I was making during a time of uncertainty. I felt like at the time there was this pressure to create pop songs or more so radio formatted songs but to see artists finding success in not doing that was reassuring.

When he showed me this song in the early stages of the EP I was instantly inspired and confident in the direction I wanted to take for my career and project. This song is another song journey that if you haven’t listened you definitely need to. 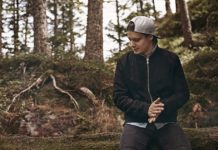 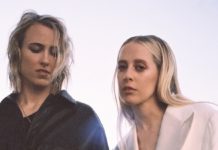 Music Akshay Bhanawat - April 3, 2020
0
Renowned UK DJ, MC and producer Majestic has remixed 220 Kid and GRACEY’s latest single ‘Don’t Need Love’, out now. Firmly associated with the...
ABOUT US
What started as an interest, slowly turned into a passion, and before we knew it, we had curated and founded a thriving community of avid electronic dance music lovers.
FOLLOW US
© Copyright 2020 - T.H.E Music Essentials