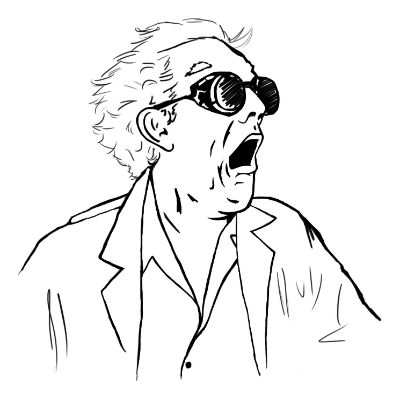 Are you an Electronic Music snob? Here are 10 things that promise to shock you if you are an avid fan of Electronic Dance Music! Legendary swedish trio Swedish House Mafia are planning a sensational comeback following the response their movie “Leave The World Behind” has received all over the world. Axwell and Sebastian Ingrosso already do shows as “Departure”, and it looks like Steve Angello is all set to join them once “Size Records” completes it massive #Decade celebrations.

2) Dimitri Vegas & Like Mike will not play at Tomorrowland! The Belgian duo are popularly known as the Kings of Tomorrowland, but it seems like they won’t be playing at their favourite festival this year. It’s a well known fact that the locals aren’t very supportive of the planned two weekend Tommorowland as even one weekend causes them a lot of inconvenience. As responsible locals Dimitri Vegas and Like Mike are giving the idea of not playing at Tommorowland this year a serious thought. The Canadian DJ and Dutch wonderkid bonded on their Australia FMF Tour and are all set to collaborate for a sensational track. With one being a rising young star in the scene who almost always finds his way to the top of Beatport and the other an established powerhouse who is the exact opposite, the collaboration will surely be something to watch out for.

4. Skrillex to get a haircut! He’s known for his hard drops and long locks (well at least on one side). But it seems like he’s taking a break from maintaining his long locks by opting for a bald look instead.Yes Sonny is going bald! It remains to be seen whether he’ll grow his hair back or he decides to keep the bald look in the future too. Twoloud have been a mystery ever since they surfaced, and have produced hit after hit without anyone actually knowing who they are. But the cat is finally put of the bag and the names of the members have been revealed. Reports have emerged that Twoloud is a side project by Justin Bieber and Paris Hilton, who have been rivals whether it be their labels or their own music. Apparently it was Afrojack who introduced the idea of having the two superstars on board and after much hesitation the duo finally agreed. He has been there and done that, played at every music festival you can think of, collaborated with the most celebrated artists around the world and delivered hit after hit. But French House superstar David Guetta thinks it’s finally time to hang up his boots, and will be doing so after his upcoming album, which will be his last. No wonder he has been collaborating with artists he’s never worked with and making sounds he’s never tried before. It has been the longest running dance music radio show. From modest beginnings to grand celebrations, the show has seen everything. And Armin van Buuren is finally bringing an end to his world famous show. He will breaking the news to trance fans soon and will end ASOT after episode 700! He has moved away from the genre he once ruled and which had made him the superstar he is today, but Tiesto is not one to forget. He is set to go back to his roots and make another trance album, the first single from which has already been heard as the Disco Fries collaboration ‘iTrance’. The album will release sometime this year and the trance fans are definitely waiting for it.

9. Daft Punk to play at Tomorrowland! Yes you heard that right. French duo Daft Punk are all set to play at Tomorrowland this year. Following their sensational Grammy wins, the duo are ready for their first ever Tomorrowland performance, and the organisers are sure happy about having them on board.It is certain that thousands of people will flock to the mainstage to see them and stay up all night to get lucky! You go to an Aoki show expecting some cakes and good music among other things, and you’ll be disappointed to hear that he is done with cakes! Steve recently said that he wants to take himself more seriously as a DJ, and that involves toning down the party element in his performances.So expect no more ‘Cake Me’ banners at his performances from now.

Finally, wish you all a fun-filled April Fools’ Day! 🙂