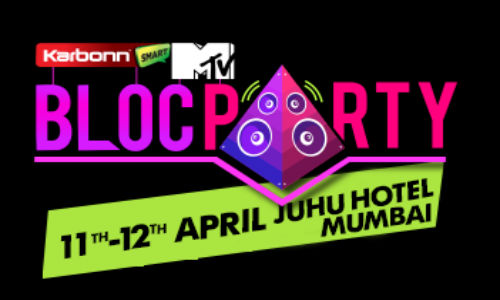 Headlined by heavyweights Bassjackers, DJ BL3ND and Doctor P along with the immensely talented local artists, Lost Stories, Nucleya and Ash Roy amongst others, there’s lots to look forward to.

With less than a week to go for the event, we have put together 5 reasons on why attending MTV Bloc Party should be on the top of your list for the April 11th – 12th weekend. :) Set upon a backdrop of the delightful beachside, the venue proves to be a refreshing change (Mumbai locales will agree!) from the scorching summer heat, while the view, is ofcourse a bonus! Not to forget the fun after party venues around the Central Bloc going on till the wee hours of the night! With a lineup boasting of an amalgamation of International and Local Dance music superstars, there’s music for every fan to look forward to. From EDM Superstars, Bassjackers, or YouTube sensation DJ Bl3nd or Indian superstars Nucleya, Lost Stories, Reggae Rajahs and a lot more, it is self-explanatory that fans need to walk in early, with comfortable shoes and loads of energy ofcourse. Bass-heads rejoice! The Bloc Party has you covered! With a bass-music friendly lineup, fans get a dosage of the melt-your-face tunes sure to catch you off guard when you least expect it! Admit it, the usual nightclub drama might get a little monotonous. If not, the MTV Bloc party has after-parties anyway. You know it’s going to be a good weekend when you plan to let your hair down at a beachside extravaganza with drinks and great music! That’s right! One ticket enables you to enter the main event plus the host of after-parties around the venue. What’s more party goers can club hop with the MTV hop-on-hop-off Bloc Party cabs which will ferry them across venues and the music travels with them to ensure a seamless party transition.

So if you still haven’t, book your tickets before its too late! 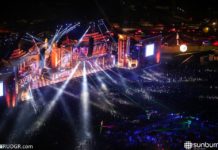 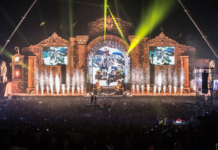