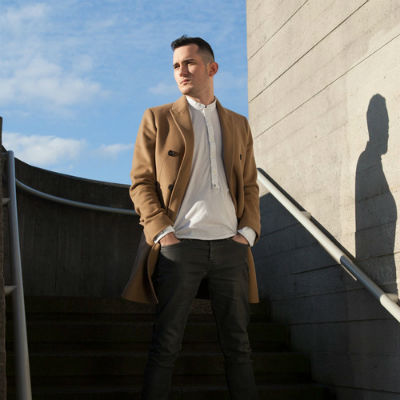 The endlessly talented Andrew Bayer had an unbelievable 2013 and now he’s starting his 2014 off strong with his gorgeous take on big room, “Once Lydian.” Of course, 2013 saw Andrew release his second full length artist album “If It Were You, We’d Never Leave”, in which he successfully experimented with down tempo trip hop and on point use of organic soundscapes. Since then, the Anjunabeats mainstay has been releasing big room track after big room track. And we have to say, Andrew Bayer’s version is much better.

“Once Lydian” employs a similar constructive approach to Mr. Bayer’s earlier big room releases, making use of heavy hitting electro stabs in the tracks intro, not unlike the work he has been doing with fellow Americans, and good friends Norin and Rad under their Artificial monicker. Upon reaching the breakdown, Bayer’s emotional Signalrunners touch is instantly recognisable. The main melody really soars, and when accompanied by textbook Bayer counter melodies, it transcends into a crash that is sure to please most fans of both trance and house. Check it out below and grab it on Beatport.