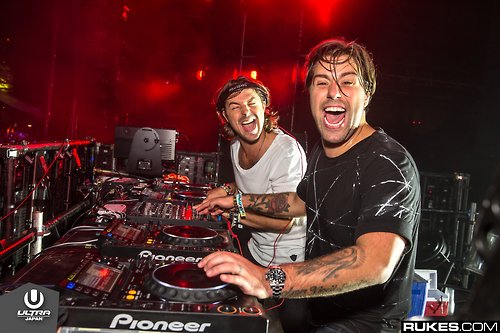 Swedish duo Axwell Λ Ingrosso have finally opened up about the ‘Λ’ symbol in their name in a recent interview with Pete Tong.

They mentioned they used the symbol instead of the usual ‘and’ saying,

“The symbol was a golden mistake. It turns out, when we raise our hands together it looks like the Λ. It’s the new symbol for togetherness”

With a debut album slated for 2015, the duo also elaborated on the why they are focusing full time on their album in the works:

“Before Swedish House Mafia there was supposed to be an Axwell album, and that album thing was a big project. Swedish House Mafia was moving so fast we didn’t even have time to think about making an album, we were just catching up with song after song”

With an untitled album and no release dates yet, we can just wait for more information to be released.