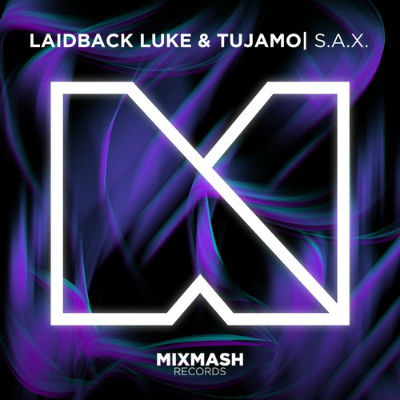 We all know that Beatport recently took down Laidback Luke & Tujamo’s single, “S.A.X.” off the website. But why? In an effort to promote the track, Mixmash Records and Laidback Luke offered free refunds for any fan that purchased the single from Beatport in a certain time span. In this manner they were essentially pushing a free single through Beatport’s platform, which gave them a huge advantage over similar tracks that one would need to legitimately purchase.

Beatport’s statement on the matter is as follows:

“While conducted in the open from a reputable label with no history of artificially influencing sales, the campaign impacted Beatport policies regarding chart eligibility. Out of fairness to other labels, Beatport had no choice but to remove the track from the store as a result. The decision to remove the track in question was not to punish Mixmash Records, Laidback Luke, or Tujamo, nor should it be seen as an accusation of any wrongdoing against any of the parties involved. The track was re-added shortly after with a new track ID to reset the chart position.”

Mixmash Records’ response to Beatport’s decision to take down latest single ‘S.A.X’ was

“Mixmash Records is an independent record label committed to releasing quality music to our fans. We continuously look for innovative ways to bring our artists’ releases to the public, and market and promote them in ways that hasn t been tried before

With the release of Laidback Luke and Tujamo’s S.A.X, we wanted to make a big impact for a record that was already performing very well on its own – on last Friday 5pm we had already comfortably reached Nr 6 on Beatport’s chart before we began our promotion. DJ support was very strong, with support from likes of Hardwell, Blasterjaxx, David Guetta, Steve Aoki and many more playing the record in their sets.

The campaign was aimed at getting people talking about the release even more, and to that end it certainly was successful. The campaign was never intended to generate more sales, we frankly don t believe that people would be swayed to purchase a record they weren t planning on buying anyway – the total of 33 requests for refunds underlines this fact. The hundreds of records we sold that day to people that never bothered to ask for their money back proves that.

The campaign promised a refund to anybody making a purchase between 5pm on Friday and end of that day on Beatport. In our opinion not very different from other offers made over time by different labels – offering free remixes of the same record (at the same value), numerous free tickets to events, helicopter rides and so on

It is Beatport’s own opinion however that we have not adhered to the chart eligibility rules and they have notified us of the consequence, which is for the record to be taken down immediately. Something that we feel reflects negatively and unfairly on Mixmash, Laidback Luke and Tujamo.”

Laidback Luke had the following to say,

“I am disappointed that my latest single is being penalized, but look forward to the discussion it will hopefully create on new ways of promoting music for the future & how they should be treated.”

You can still purchase the track from iTunes.

EDM News Mmkrishna Cherla - April 6, 2020
0
Belgium’s National Security council is likely to take a decision against the happening of summer festivals due to the COVID 19 outbreak. According to Federal...
ABOUT US
What started as an interest, slowly turned into a passion, and before we knew it, we had curated and founded a thriving community of avid electronic dance music lovers.
FOLLOW US
© Copyright 2020 - T.H.E Music Essentials