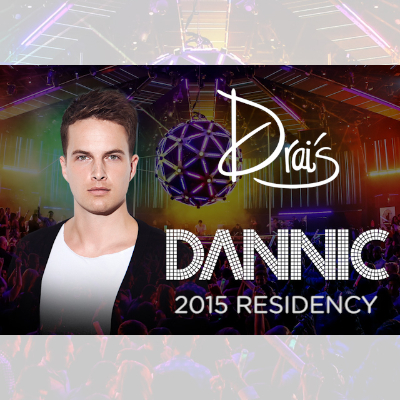 One of the most in-demand DJs in the scene Dannic wowed crowds the last year the world over, including spell binging B2B Sets with Dyro at EDC Las Vegas and the legendry three way B2B2B with Hardwell and Dyro after the rain had cleared at last years Ultra. With the first date penned for Valentines day, Feb 14th, fans of Dannic, both old and new should set themselves for a run of dates with one of the scenes undeniable bight light’s. As Hardwell himself puts it, “Dannic is every DJ’s favourite DJ right now, effortless selection and flow, 2015 will be his year.” …….And we want you to be part of it!

With the launch of his new Vegas residency, coming off the back of his biggest year to date, one which saw Dannic move beyond his new comer tag and to that of established artists, reflected by claiming the NO.30 spot in DJ Mags influential Top 100 DJ poll, his attentions are now firmly fixed on 2015. With the year only a few weeks old the Dutch high flyer coupled the announcement of his new residency with the news that he would be mixing the latest’s Revealed Recordings Album, ‘Dannic Selections Part 2.’ Never one to rest on his laurels Dannic, another artists who heralds from the Dutch talent hot spot of Breda, stands poised ready to leave a sizable dent in the scene this year and if the first months are anything to go by, his assent to the very top shows no sign of slowing.

Tim: The Official Biography Of Avicii By Måns Mosesson Is Now Available 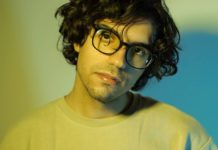