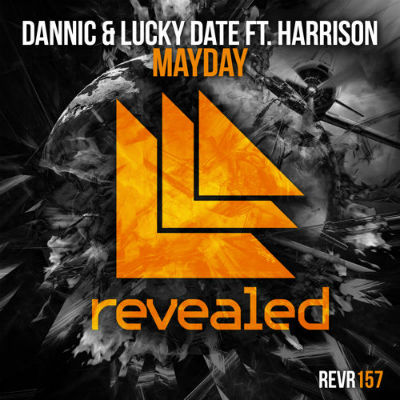 After his radio-smashing hits ‘Wait For You’ and ‘Golden Hearts’, Dannic makes his return on Revealed with this massive, club-ready hit. Teaming up with Lucky Date after he rejigged Revealed staples across the imprint including Dannic & Bright Light’s ‘Dear Life’ and label head honcho Hardwell’s very own ‘Apollo’ and his latest solo single ‘Just Move’, he’s now back bringing a unique flavour of spooky breakdowns and atmospheric grooves for the long-awaited ‘Mayday’.

Enlisting ‘United We Are’ collaborator Harrison on vocal duties to bring his particular brand of raw story telling to the table, Harrison blends together his rock influences with Dannic & Lucky Date’s progressively huge sound, for the ultimate festival killer track laced with mega drops and booming beats.

Sending shockwaves firing through the scene thanks to support from Dannic’s Front Of House listeners, as well as the track exploding on Hardwell’s On Air Radio show, live outings from Sick Individuals in India and Hardwell taking ‘Mayday’ to the masses during his mainstage Ultra South Africa set, make sure you grab your copy of this soon-to-be future anthem on Beatport, March 16th.