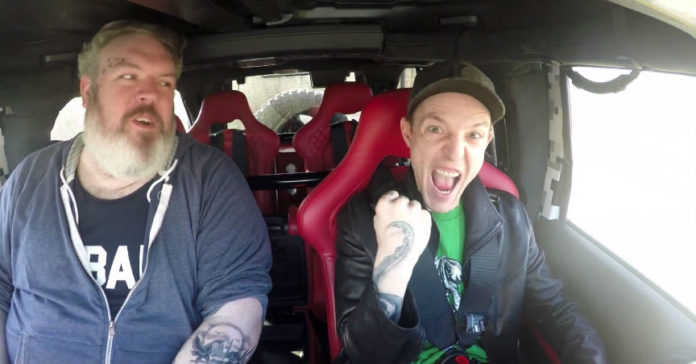 The mau5 is back to his usual coffee runs and this time it was with Game Of Thrones star Kristian Nairn, better known as HODOR!

Kristian who is currently on his ‘Rave Of Thrones’ DJ tour, announced that he is working on a debut EP as well as several new film and television projects. Before you ask, No he did not drop any GoT spoilers but that doesn’t matter much, HODOR SPOKE something besides HODOR!

Check out the whole video here.

Music Akshay Bhanawat - July 4, 2020
0
On X, his new artist album out yesterday on Octopus Recordings, SIAN offers provocative instrumentals, synth-pop laden compositions and industrial-influenced techno, all seeping with...
ABOUT US
What started as an interest, slowly turned into a passion, and before we knew it, we had curated and founded a thriving community of avid electronic dance music lovers.
FOLLOW US
© Copyright 2020 - T.H.E Music Essentials