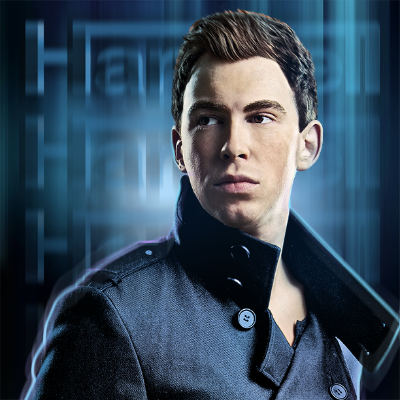 After spending a year embracing the dizzy heights of being crowned the youngest ever World #1 DJ, electronic music’s new titan Hardwell now comes back to earth with a bump courtesy of a daring bet with his closets friends! Intrigued? Read on…

With a dislike for daring extreme sports, childhood friend and challenge instigator, Skiandre, made a bet that should Hardwell top the Top 100 DJ poll he and a group of his closest friends would jump thousands of feet from a plane to celebrate the momentous occasion. Having circumnavigated the world several times over during the last few years, clocking up enough air miles to rival the fleet of several airlines, Hardwell’s comfortableness in the air is, like most of us, preferred more to be inside the plane rather than outside. So when his buddies came up with this extreme challenge, he was a little more than nervous to say the least. Offering a glimpse into the superstar’s world, speaking candidly about their relationship and the origins of the pact, join Hardwell and his best friends Adithya (aka Kill the Buzz), Rick, Mattijs (his manager) and Skiandre as they turn this bet into a reality.

The video shows the jump of all 5 of the friends with 8 different GoPro’s, as well as 3 camera jumpers and body cams from their tandem jumpers, to ensure each and every angle of this thrilling adventure was captured for the audience’s enjoyment. Panning out into the idyllic Netherland’s countryside, a colossal DJ Mag logo landing pad was laid out, representing Harwell’s pinnacle position as the World’s #1 DJ.

Over the past few years the young Dutch star has dazzled global audiences with his I AM Hardwell tour concept, excited festival goers from Australia to Argentina and London toLos Angeles with his mainstage prowess and high octane sets, has trail-blazed multiple tours – including two nationwide bus tours – across the North American club scene, and unearthed new far-reaching talent (like Dyro, Dannic, Thomas Newson and Julian Calor) with his label Revealed Recordings, as well as achieved countless chart rushing singles such as ‘Never Say Goodbye’ and ‘Dare You’, but more recently Hardwell faced perhaps his biggest personal challenge ever……?

You’ve watched Hardwell climb to the highest peak, now see him soar like the Spaceman he is.

Jay Nebula Releases The Acoustic Version Of ‘Fool For You’ ft. Kaleem Taylor

Icarus Kick Off Decade With Fluttering New Single ‘Fade Away’

Music Akshay Bhanawat - February 28, 2020
0
It’s been quite the journey for Shapov as of late, and there are even more beautiful times ahead. With a range of impressive collabs...
ABOUT US
What started as an interest, slowly turned into a passion, and before we knew it, we had curated and founded a thriving community of avid electronic dance music lovers.
FOLLOW US
© Copyright 2020 - T.H.E Music Essentials