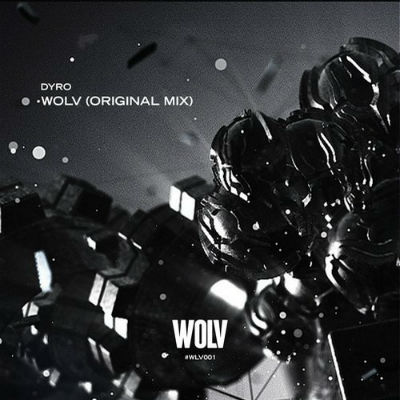 Emerging as one of the industry’s hottest new talents, Dutch breakout Dyro has dominated the electronic music scene’s limelight over the past twelve months. Swooping into DJ Mag’s Top 100 at the entry position of #30, he also claimed the feat of the youngest, highest new entry across the history of the poll. Now Dyro prepares to step out of the shadows of his peers and into the driving seat, launching his new eponymous label, the mighty WOLV.

Readying the foundations for WOLV’s inaugural release, the self-titled single from the young head of the imprint is set for release come August 11th, ever-increasing anticipation bubbling for what one of the most interesting and captivating personalities in the game can produce, across his future WOLV roster and releases.

In an industry where the over-saturation of music is an unavoidable issue across any genre, WOLV’s primary mission is to be the raging forerunner for the new generation of dance music, standing apart from the limitations and restrictions that many artists face, as well as what many labels hone in on.

Looking back over the past 12 months, Dyro’s tour schedule is a dot-to-dot of some of the world’s biggest and best festivals and clubs. From headline appearances at clubs such as Liv in Miami, Ministry of Sound in London, The Light in Las Vegas, Privilege and Space in Ibiza to earning mainstage slots at star-studded festivals that include EDC Las Vegas, Mysteryland, Dance Valley and New York’s Electric Zoo, TomorrowWorld. Add to this is his prolific release history on Hardwell’s Revealed Recordings imprint, a label and family that Dyro will continue to be part of and release on, and it’s easy to understand why elite artist’s such as Tiësto, Laidback Luke and Dada Life all heavily back the young Dutch star. Having taken his music around the world promoting his unique electro influenced, progressive tinged big-room sound; the launch of WOLV sees the next landmark in Dyro’s exciting and fast paced career. Due for an exclusive first premier at some point during Hardwell on Air 117 this Friday, WOLV is ready to be unleashed.