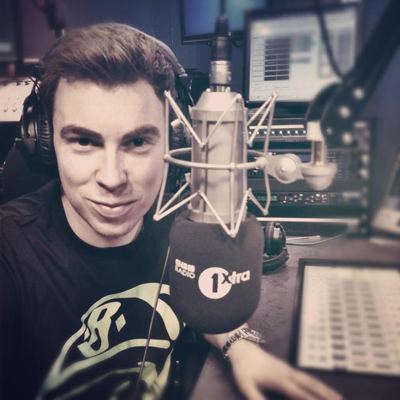 This is gonna create quite a stir amongst all dance music fans. It turns out that even if you’re voted the world’s number one DJ, it still doesn’t hurt to do a little ghost-producing for other artists on the side.

In a recent interview, Hardwell has revealed that one of the tracks in the current Top 10 chart of Beatport was ghost-produced by him, with no credit having been given. In fact, we learn that DJ Mag’s new #1 has no problem with ghost producing at all, as long as artists are open about it.

“I’m fine with ghost-producing, but then again…if you’re not producing your own tracks then just be honest, say ‘you know what, I’m a good DJ but I can’t produce my own songs, I got help’. I think that’s fair. Because honestly, you can hear it, because every single track sounds totally different. Everybody in the scene knows who works with ghost-producers.

The funny thing is, nobody knows I have a current Beatport Top Ten hit with a track not under my name, a track that I ghost-produced, and nobody’s noticing it. But if people listen closely to the top ten, for sure they’re gonna hear which track it is.”


The good news is that, even with a constant touring schedule (taking him to Miami, Washington, New York and of course his Hakkasan residency in Las Vegas before the year is done) and the occasional ghost-producing job, Hardwell is still on track to write his debut album, with a tentative release date of August next year – and it’ll be more experimental than a straight-up mainstage set, he revealed.

“I have the whole month of January off to work on the album,” he revealed to inthemix. “I’m focusing more on my producer side instead of my DJ side, keeping in mind that I’ll want to play some records at festivals, but I think it’s really cool to experiment with different kinds of music. I don’t want the album to sound like a live set.”

Can you guess the name of the track?! Mention your guesses in the comments below.