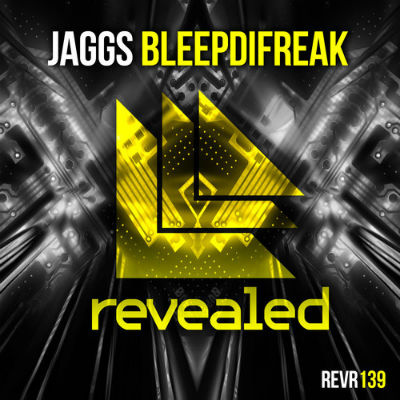 Always a label to unearth and expose the brightest talents of tomorrow within electronic music, Revealed Recordings are proud to welcome JAGGS to the Revealed family.

Hailing from the ever-bustling Dutch music scene, the grouping of Joep van Aanholt and Glenn van Gessel are poised to unleash electro-house carnage into the world with their inaugural Revealed release ‘Bleepdifreak’. As bold and as brazen as its title suggests, ‘Bleepdifreak’ initiates its course with building throbs of electro-house, its powerful, ruthless beats taking over the melodic familiarity known to be associated with Revealed, the duo crafting a track bursting with muscle that will be viewed as an amazingly daring offering, from such fresh faces to the scene.

Premiered at Tomorrowland’s 10th anniversary celebrations this Summer and causing an unknown ID buzz ever since, with ‘Bleepdifreak’ already receiving support from familiar Revealed faces such as label boss Hardwell, Thomas Gold and W&W, the rise of JAGGS under the wings of Revealed isn’t just promising, its sure-fire certain.

Music Akshay Bhanawat - March 28, 2020
0
Building upon the momentum accrued over the past year, Dabin’s latest release, ‘Hope It Hurts’, maintains his winning streak and serves as a remarkable...
ABOUT US
What started as an interest, slowly turned into a passion, and before we knew it, we had curated and founded a thriving community of avid electronic dance music lovers.
FOLLOW US
© Copyright 2020 - T.H.E Music Essentials