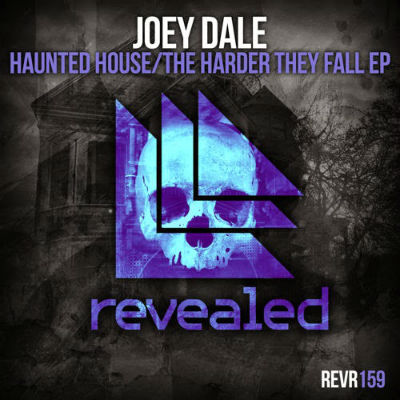 2015 has already kicked-off in an amazing fashion for Joey Dale. After releasing his huge remix of ‘Fire In Our Hearts’ followed by his solo ‘Zodiac / Gladiator‘ EP on Revealed Recordings that just skimmed the Beatport Progressive House Top 10, he now offers up his next two-track installment to fans just in time for the post-Miami madness.

‘Haunted House’ – with its tinkering melody, rampant horns and build-ups that were constructed for the main stage arena – opens the EP up with finesse by showcasing Dale’s variety between productions. Come the flipside, ‘The Harder They Fall’ offers up an energetic peak to the release with a high-rising vocal that sparkles thanks to its centre-stage positioning, the track’s pulsating beats and digital glitches providing the perfect backdrop for the ultimate progressive anthem – not to mention resulting in an overall, much buzzed about release.

Receiving support from acts across the Revealed roster as ‘Haunted House/ The Harder They Fall‘ showcases the sounds of a future superstar – make sure you grab your copy only on Beatport.

Listen to Joey Dale – Haunted House / The Harder They Fall EP below.