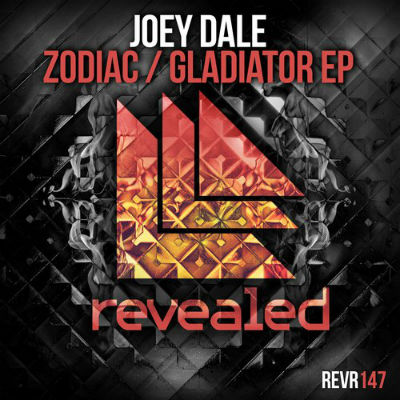 As Revealed’s prime youngster Joey Dale surges back to the forefront of the dance world after a stunning 2014, 2015 is shaping up to already be even more promising.

Shattering his way through a multitude of live sets and radio playlists internationally thanks to ‘Shockwave’ and the explosive ‘Arcadia’ with label boss Hardwell, Joey Dale is now poised to parade his next Revealed release.

Returning to the #1 DJ’s imprint for the new year, Dale readies for combat in the musical arena with the solo ‘Zodiac/ Gladiator’ EP, existing of two all-new, spine-tingling productions. Integrating strong melodies as the backbone of his work that reflect Revealed‘s trademark sound, ‘Zodiac’ brings a progressive dose of the otherworldly, its build-up and anthemic break-down teasing audiences before accumulating in a total hands-in-the-air moment. ‘Gladiator’ then pounces in to knock the listener right off their podium, its levels of high-intensity, an unshakeable strength and attention-grabbing beat, creating the perfect mix of the euphoric and the finely balanced.
With Hardwell already premiering ‘Zodiac’ live during his much-talked-about Ultra Japan set of 2014, artists including David Guetta, Sander Van Doorn, Bassjackers and R3hab, are adding Dale’s ground-shaking tracks to their setlists in troves.