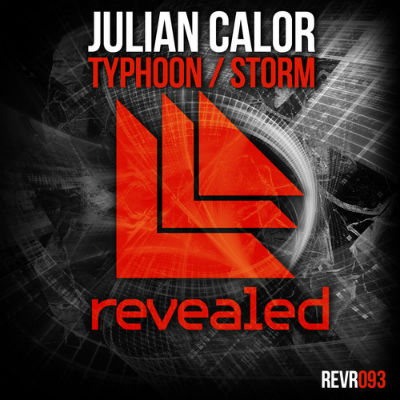 Fresh faced Dutch newcomer Julian Calor rejoins the trail for Revealed Recordings with his debut solo EP for the imprint.

Entering the spotlight with inaugural offering ‘Space Dial’ for the Revealed Talent EP last year, his next strike for the label comes in the form of yet another gem from Hardwell’s infamous Tomorrowworld set. Joining Hardwell onstage for a European premiere during Revealed’s Ade label night, ‘Typhoon’ lands to epitomize the big melodic progressions we have come to associate with the young breakout. Accompanied by melodic anthem ‘Storm,’ the package shows Julian Calor as an increasingly promising young addition to the promising roster of new talent emerging from Revealed for 2014.