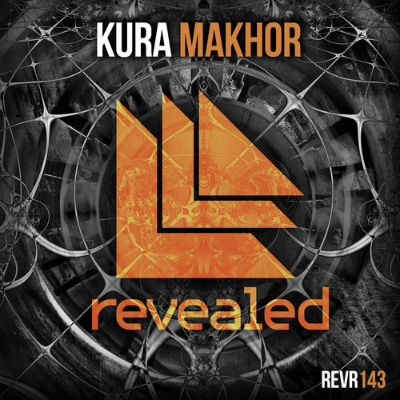 Poised to be one of Revealed’s future break-out stars as a truly monumental year for the label draws to a close, Portuguese producer and DJ KURA unleashes his solo Revealed debut ‘Makhor’, to end 2014 in style.

After releasing on the first ever Revealed talent EP ‘Ammonia’ back in 2011, KURA’s productions have sent his career on an upward trajectory as he entered into the prestigious DJ Mag Top 100 DJs poll at #42 this year, only confirming a burning, bright ability that was primed to ignite.

Undoubtedly set to rise up the ranks alongside Revealed’s trailblazing talents and renowned roster, ‘Makhor’ is a bold electro-house statement of precise percussion, high-intensity and sheer euphoria, thanks to KURA’s signature mega drops that act as the added ingredients for a peak-time, hands-in-the-air anthem.

Premiered by label boss Hardwell at this year’s Ultra Japan and receiving live support from names including Deorro and Henry Fong, its undoubtedly clear that ‘Makhor’ will remain a dancefloor staple way into the new year and across all four corners of the globe.