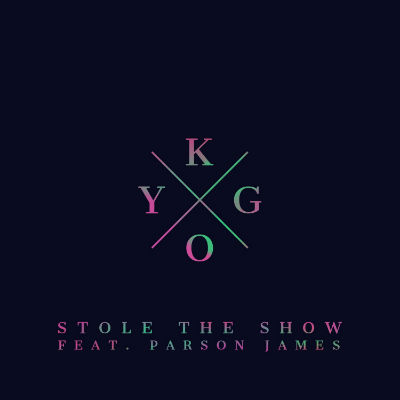 Following the unprecedented global success of his debut single ‘Firestone’—a record that has now been streamed in excess of 100 million times on Spotify alone since its December 2014 release — Norwegian superstar KYGO now drops his eagerly anticipated follow up single, ‘Stole the Show’.

Complete with KYGO’s much loved signature sound and featuring a breath-taking topline from burgeoning vocalist Parson James, ‘Stole the Show’ is the second original single from the fresh-faced Scandinavian prodigy, following ‘Firestone’ and a slew of incredibly successful remixes for the likes of The Weeknd, Coldplay, Kyla La Grange and Marvin Gaye among others.

Released exclusively via Spotify and available from March 23 across all other digital sales providers, the release of ‘Stole the Show’ comes just in time for this year’s annual Miami Music Week, where Kygo will be headlining both the iconic Red Bull Guest House and Ultra Music Festival’s legendary Live Stage on Sunday, March 29.

Kygo will also be unveiling his brand new live show at Ultra Music Festival before taking it to some of the most iconic festivals across North America, with stops at Coachella and Counterpoint included along the way. Check out the official teaser video for a tantalising glimpse of what’s in store come March 29 and beyond.