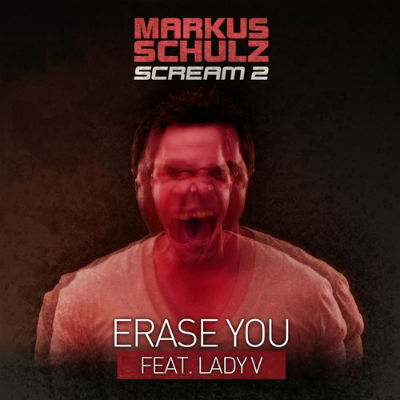 They say that every stalker anthem story needs a good sequel, and when envisaging a second Scream album chapter, this thought lay at the forefront of Markus Schulz’s mindset.

Acting as a followup to Ana Diaz’s deeply resonated Nothing Without Me, the connection towards Lady V’s angelic efforts on Erase You became paramount at an early stage; as multiple video recordings of Markus’ gig performances spread throughout YouTube, in similar vein to its predecessor 18 months earlier.

Beautiful yet haunting, Lady V’s performance shines throughout, with the key sentence of “I Can’t Erase You” provoking multiple thoughts and emotions. The original quickly became a standout fan favorite amongst club attendees and Global DJ Broadcast listeners, and has remained one of the most requested tracks for both mediums all year long.

To compliment the original, Markus recruits several personal favorites, with each providing their unique interpretation on this anthem.

The personnel includes the new newest signings to Markus’ Schulz Music Group booking empire – Slovakian Nifra, one of the shining lights for females in the DJ industry, stars with her famed swaggering bassline and booming melodic nature. The remix has already starred at Markus’ Amnesia Ibiza residency.