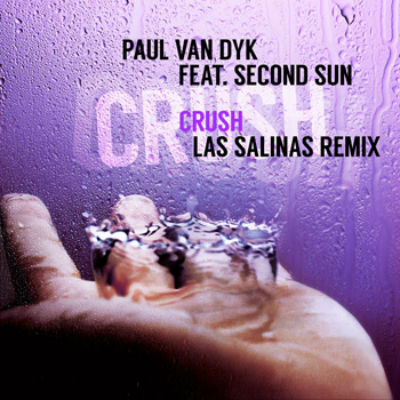 10 years since it first put a squeeze on club floors, Paul van Dyk’s ‘Crush’ is back. The much-treasured lead track from his GRAMMY award nominated ‘Reflections’ album, since it original release, it’s never had an official remix sanctioned. To commemorate a decade – close to the day – since its mainline release, Van Dyk has now made the rare move of endorsing a rework.

Having netted two club-floor slam-dunks (with ‘Break The Spell’ and ‘Say Another What’) in the last few months alone, Las Salinas approached Paul with their idea of a tenth anniversary commemoration of ‘Crush’.
Israel Bicher from the duo said: “We always remembered this track as marking the start of Paul’s deeper, more moody & atmospheric trance era. At the time it was a huge influence on us, and in many ways still is today.”

“When we asked him about the possibility of doing a ‘Crush’ remix, we had something very clear in mind for it”, Shaulli Harari from the group adds. “A remix that would keep its element feel, but would also work effectively later in the night. We were delighted when he said gave us the OK to do it”.

Grab it on Beatport: http://www.beatport.com/release/crush-feat-second-sun-las-salinas-remix/1283998