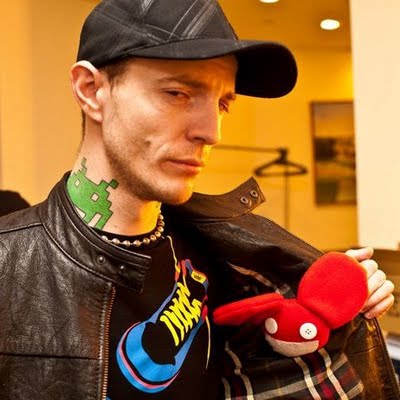 When inthemix sat down with Joel Zimmerman recently for a rare one-on-one about all things Deadmau5, he revealed a few things fans have been itching to know.

Yes, he’s the “skinny white kid from Canada” behind the testpilot alias on Richie Hawtin’s Minus label. He’s “sharing the mix” with Eric Prydz at the Mau5trap vs Pryda party in Miami on Thursday, March 27. And the next Deadmau5 arena tour will “go everywhere” either late this year or in 2015. But what that double-album we’ve all been impatiently waiting for?

According to the man himself, we’ll probably see it some time in April. “It’s done,” Zimmerman told inthemix when we caught him backstage at Australia’s Future Music Festival. While he’s glad to be working with Astralwerks on the album release (they’ve also got LPs incoming from Porter Robinson and Duke Dumont), it wouldn’t be a Deadmau5 interview without some cutting words about record labels.

“I have the digital masters ready to fucking go,” he continued. “But they have to run it through the marketing machine and the release schedule and what we’re going to do to ‘help push the album’ fuckin’ bullshit. So I’m just gonna let them do that, but it takes more than two months.”

When Zimmerman announced the completion of his album, he revealed it’s set to be a two-disc, 25-track opus. So will fans have heard anything on the track list before? “Yeah, probably, a couple of things here and there,” the producer told inthemix. “I’m confident that there’s enough fresh stuff on there that it’s going to attract new fans. That’s kind of the play here – not do a continuation of what I’ve been doing for the last four albums; that’s just stupid.

“I’m trying to just do an album that if you don’t know your fuckin’ head from your arse you’ll walk through the record store, see it and go, ‘Ah, this could be cool.’ Plus there’s a couple of tracks on there that are quite radio-friendly, not even dance music, that I’m going to put out as singles just to attract that kind of shit. So it’s a long-game strategy at this point.”

If you’re heading to Miami Music Week, The Ice Palace is where you’ll find those ‘Special Gue5tz’ at the Mau5trap vs. Pryda throw down. As Zimmerman put it to us: “We both like these gigs where we don’t have to play any of our own shit. We just play what we like.”