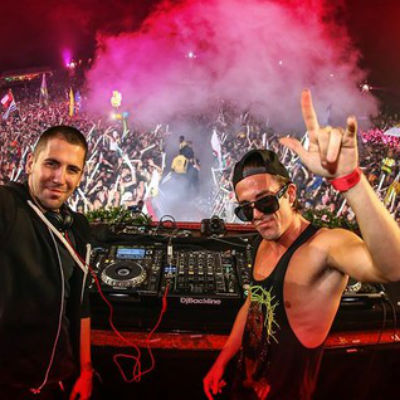 As a token of appreciation for their 5 MILLION true fans on Facebook you can relive Dimitri Vegas & Like Mike’s Smash UK Tour!

Recently embarking on a string of UK dates, inviting label signees Wolfpack along for the journey. The official Smash The UK Tour aftermovie, instills the notion that these dates were certainly more like a party shared with friends and fans, as this unprecedented footage of the events that stormed the British Isles across the May Bank Holiday, gives a rare glimpse into the superstar duo’s world.

As the Tomorrowland Festival residents invite fans to jump on board for the ride of their lives, the aftermovie also exclusively shows their bustling, electric sold out dates at Manchester’s colossal multi-room venue Victoria Warehouse, as well as Brixton Academy. Additionally slaying dates at Liverpool’s legendary Cream club, Glasgow and Newcastle, the duo and their accomplices are seen as never before on their monumental return to the UK, showcasing everything from backstage preparations, behind-the-scenes escapades and- of course- their immeasurable ability to make super clubs explode into a frenzy, not only here in the UK, but the world over.