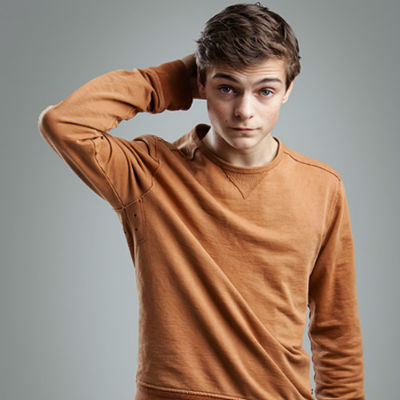 EDM star Martin Garrix debuts on the Social 50 chart thanks to his breakout turn at the Ultra Music Festival over the March 28-30 weekend.

The Social 50 ranks the most popular artists on YouTube, Vevo, Facebook, Twitter, SoundCloud, Wikipedia, Myspace and Instagram. The chart’s methodology blends weekly additions of friends/fans/followers along with artist page views, song plays and reactions as measured by music analytics company Next Big Sound.

Garrix bows at No. 39 on the chart, following a 49% increase in conversation about the artist across the measured platforms for the chart, for the week ending March 30. There was a lot of chatter about the DJ/producer/artist, no doubt driven by how his Billboard Hot 100 hit single “Animals” was perhaps one of the most-played tracks at the Festival. (It popped up in numerous DJ sets throughout the weekend, according to attendees.)

Garrix can also thank his manager, Scooter Braun (and his 3.6 million followers on Twitter), for some of his social growth. Braun was also in attendance at the Ultra Festival, and shared photos of himself with Garrix to his Instagram account. They received about 55,000 likes each.

Braun’s fingerprints have been all over the Social 50 chart since it launched on Dec. 11, 2010. There have been no fewer than eight acts directly associated with Braun that have charted on the Social 50 (acts managed by Braun and/or his team, or, signed to his record label, Schoolboy).

Justin Bieber, who is managed by Braun, is currently in his 76th nonconsecutive week at No. 1 on the chart, for example. PSY, who is signed to Schoolboy, has also ruled for multiple weeks. Ariana Grande, managed by Braun, has climbed to No. 2. Another Schoolboy signing, Carly Rae Jepsen, reached No. 13.

While Jepsen has been absent from the chart since September of 2013, Grande is holding on strong, rising 14-5 this week. The move follows her appearance during a recent Livestream session where she played snippets of new songs from her forthcoming second album. One of those, a collaboration with Chris Brown, helped garner a number of news stories across the web, and increased conversation about Grande by 51% for the week.

Among the Braun-associated acts that are eyeing possible Social 50 debuts in the future: Madison Beer, Tori Kelly and Rixton (all management clients of Braun). Beer’s song “Melodies” has more than 4 million views on VEVO (thanks in part to an on-screen cameo by Bieber), while Beer also has a million followers to her Instagram account.

Also helping matters is how Braun’s family of acts will distribute news about each other through their various social networks. For example, Grande Tweeted a link to Rixton’s new single on March 20.