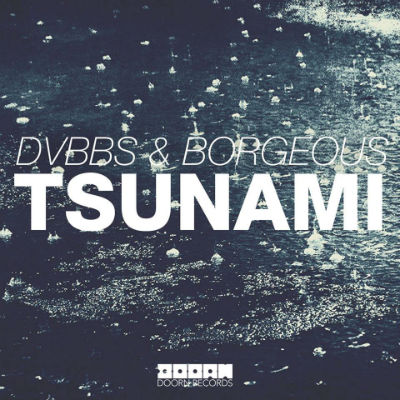 Big Room House been notoriously one of the most popular genres of Electronic Dance Music during the 2013 and 2014 years. Both DVBBS and BORGEOUS were able to capitalize on this movement with their hit track “Tsunami” which took the world by storm. Now the trio are celebrating their brand new Gold status by selling over 15,000 copies of “Tsunami” in Belgium. Following in the foot steps of similar festival-favorite “Animals,” DVBBS and Borgeous‘s “Tsunami” has officially gone gold in the Netherlands. While the song was released in August through Doorn Records, it went on to receive primetime airplay at nearly every major dance music festival. Arriving in the heyday of distorted kick drums and overtly minimal drops, “Tsunami” was destined for success in the big room sphere thanks to its jovial simplicity. While its appeal has certainly weathered in recent time, for better or worse, “Tsunami” will go down as one of the hallmark tracks of the current big room era. Congratulations to DVBBS and Borgeous on their first gold record.