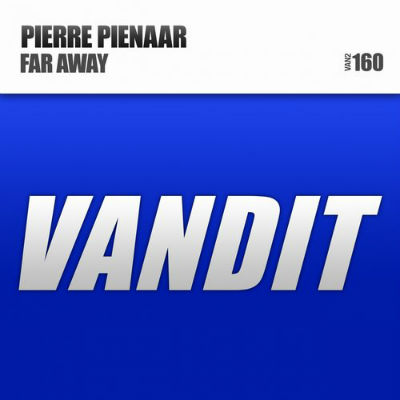 To paraphrase the bible no less, ‘Good things come to those… that work their asses off!’ That is Pierre Pienaar’s mojo working M.O. in a nutshell!

In a constant state of studio overdrive, the trance producer has released tracks on a panorama of respected labels, Universal, EMI, Sony/BMG, Be Yourself Music, Tidy, (deep breath!) Monster Tunes and Planet Traxx to mention but a handful!

Thus, it was probably only a matter of time before one of towering studio creations found its way to the door of Paul van Dyk’s estimable label!

This month the Namibian born-&-based producer pops his VANDIT cherry with a track that’s nothing less than dancefloor stimulation distilled down to its most refined essence. Clubs, stand ready to go ‘Far Away’!

From the supremely chilled to the super-hard, over his 8-year production history Pierre’s studio work has covered all ends of the trance spectrum.

‘Far Away’ frequencies are firmly locked to the genre’s melodic-cum-euphoric quadrant. With a killer bottom-end aegis of thumping kick-drums, spirited percussion and deep quake bass, up top it sports storm-starting sub-riffs, before finishing with a Force 10 mainline!

Listen to Pierre Pienaar – Far Away (Original Mix) below.