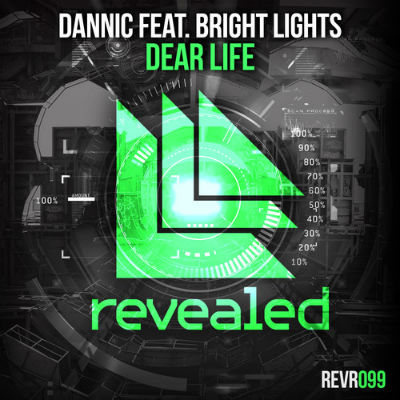 Dannic returns to Revealed Recordings after the colossal success of his previous release “Lion,” his latest offering, and first working with distinguished vocalist Bright Lights, is set to keep dance floors packed and rocking from Miami to Ibiza.

Called “Dear Life,” a first preview was aired during his recently launched web series Front Of House, which left his fans with a palpable sense of anticipation for the release. Now with more details revealed, the incessant hype surrounding the track continues to grow louder. Laced with the every groovy, big room style with which Dannic has become synonymous, this release seems destined to become a fan favourite and likely to work its way into every headline DJs record bag for the coming months. Due to drop on the 31st of March this is an essential Revealed Recordings release for new comers to the label and life long fans alike. Check it out below and grab it on Beatport!