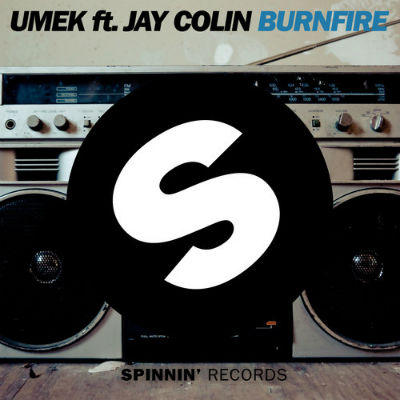 If you’ve been exposed to the European swell of tech over the past decade then you likely remember a time when it could be easily tailored to the masses with so much as a hint of compromise. Slovenian luminary Umek certainly does. It is one that has become as much a badge of honor as it has a mission statement for his whirlwind career. The 1605 master has bounced back-and-forth between choice instrumental spoils and such upfront cuts as “Sweet Harmony” alongside Groovebox for Spinnin. He’s one of the few to successfully take the sound into the Dutch imprint’s remit, but returns for round two this month alongside Dutch dancehall prospect Jay Colins with fire in his eyes and the kind of upfront club fuel we have come to expect from the masterful beat smith.

In line with “Burnfire” celebrates a time when house was rife with the energy of heyday rave and MCs ran amok the plethora of secretive European parties. Embracing both Umek’s groovy penchant and Colin’s proven aptitude towards the remits of reggae and dancehall, the track is an infectious hybrid of increasingly promising capacity to tech house and its ability to hold suit with the masses now flocking the house music’s more niche avenues.