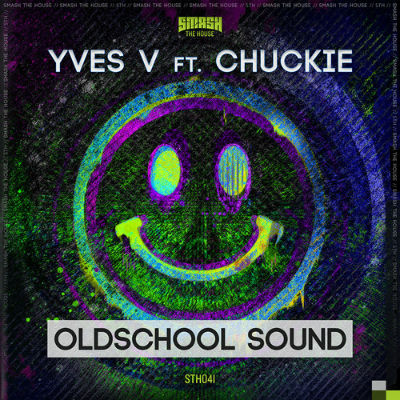 Yves V returns to the studio to answer the clamour for a follow up on his last massive release with Freddy See on Armada 6K. This time the fast rising DJ/Producer has gone back to the “Oldschool Sound,” and create a rave anthem of the same name which is laced with a heavy dose of acid. Having built a heady reputation as a lead resident for infamous festival Tomorrowland, Yves V has over the past years been taking on all comers as he has exported his unique brand of big room house across the planet. Off the back of a number of major releases and having received support from some of the scenes influencers including Pete Tong, Hardwell, Dimitri Vegas & like Mike, Afrojack and Tiësto amongst many others.

Featuring the renown Dutch party starter Chuckie, the DJ and brains behind big room institution Dirty Dutch, “Oldschool Sound,” is a sure fire party starter which will leave crowds chanting the infectious vocal loop just before the epic drop brings them crashing back to the dance floor. For a producer like Yves V, who cites early influences such as Detroit techno legend Jeff Mills, it is little surprise that he has turned to a finely tuned 303 acid bass line which is intent on bringing about the destruction of clubs the world over. As he prepares for tours of Brazil and Asia in the coming weeks, this is sure to be a go to weapon in his arsenal. Check it out below and grab it on Beatport!