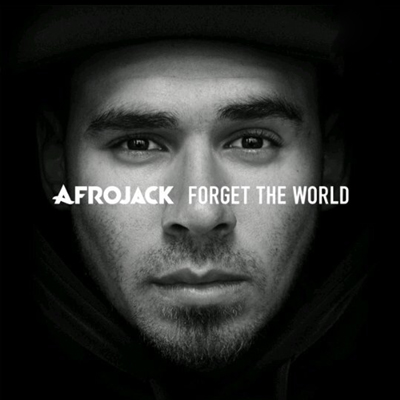 Afrojack’s much awaited debut album ‘Forget The World’ is finally out, and it is simply the best collection of sounds from various genres delightfully put together in one album. Nick goes beyond the mainstream, and so far beyond the sounds that made him a superstar, that you wonder whether the selection of songs in this list is the biggest risk he’s ever taken!

The album opens with the hugely popular “Ten Feet Tall”, a soulful track that’s been playing in clubs and DJ sets alike. The track was premiered during the superbowl and has become an instant rage. Stephen Wrabel does a brilliant job on the vocals here, taking no credit away from Afrojack as well, who ensures that the feel of the track is amazing.

“Illuminate” featuring Matthew Koma’s vocals is next. Matthew does a great job as always, transporting you to another world. It’s an uplifting track with a pleasant melodic drop. However, this track falls just a little short and fails to recreate the magic that Ten Feet Tall does in one listen. Replaying this track a few times, however did change my mind about the track, and this one grows on you.

“Born to Run” featuring Tyler Glenn is next, and follows on the footsteps of the previous two tracks, but with a little more build up to the drop, and a much more “EDM” sound to the drop, but Afrojack manages to keep the melodic part just about right, and it complements the vocals. This track will be heard a lot in live sets while also managing radio plays. Afrojack does nothing out of the ordinary here, but does it well.

“Freedom” is next, and what a track. Opens with a catchy melody that builds up to a soothing drop you just can’t get enough of. Jack McManus pitches in with his intense vocals, after the first drop, and manages to take the track to a whole new level before the relaxed drop kicks in again. One heck of a track this!

International chart-topping hit “The Spark” is next. The track is already a hit and Afrojack has been playing this for months now. Lovely vocals from Spree Wilson lead to the melodic drop. The track has all the makings of a great track and the response to the track only proves this.

The next track and the stand out track of this album for the effort and attempt put in this. Afrojack doesn’t usually go the Trap way, but the one time he does he delivers a beauty in the form of “Dynamite”. Snoop Dogg’s global appeal will only help this track become more and more popular. Catchy tune and Snoop Dogg doing what he does best, need we say anything more?

Wiz Khalifa is featured on the album too, with this club tune “Too Wild”, also featuring Devin Cruise. This style of this track is a mirror of David Guetta’s recent club tunes – A standard beat and an American hip-hop star on the vocals. One of the rare average tracks on this album.

“Three Strikes” featuring Jack McManus once again, is an e-rock attempt that seems to be lost somewhere. Something is lacking in the track, and it just doesn’t sound good enough. You wonder why after all the previous tracks he’d feature this on the album. Not too bad on its own but compare it with the rest of the work on the album and it’s a dull attempt.

“Desert Rose” hitmakers Sting are featured on this next track “Catch Tomorrow”, which simply blows your mind. The vocals are simply too good, leaving you wanting for more. Play it once and you’re playing it again, and then humming the lyrics. The drop is not too fancy, and blends in perfectly with the vocals. The track belongs to the vocals, and Sting have made this track their own. You simply can’t stop listening.

“We’ll Be Ok” remains perfectly okay and nothing else. After the beauty that “Ten Feet Tall” is, you’d expect Wrabel’s next effort to be somewhere near that level. However, this track is a tad disappointing, and doesn’t break through the barrier between an ordinary and a wonderful track. There is so much more and so much better that could have been done with this track.

“Mexico” featuring Shirazi is next, and this track has no drop. It’s not your usual pop or EDM track. It sounds like something Deadmau5 would maybe do, and sounds just about perfect. This has the potential to be a great trance track, should any trance artists choose to remix it. It is unusual and it is brilliant. Again, one of the standout efforts. Afrojack dares to go beyond the ordinary and succeeds.

Matthew Koma’s second track on this album is “Keep Our Love Alive”. It has wonderful vocals, and great potential to be a club hit. On repeated listening, this track will surely make your list of the top 5 on the album.

“Faded” is next, and it’s as close to vintage Afrojack as it gets. Sublime drop, great vibe – It’s almost as if he couldn’t help but feature one of these classic Afrojack style tracks on the album. Also, because the track comes after all the different styles used on the previous tracks, it comes as a refreshing change.

“As your friend” featuring superstar Chris Brown is next. It’s been played everywhere before and everyone who’s been following Afrojack knows about this one. It’s already a club hit worldwide, thanks to Chris Brown’s global appeal, and Afrojack’s typical banging drop.

Artist Of The Month – May 2014: Afrojack – Forget The World (Continuous Mix) by T.H.E – Music Encyclopedia on Mixcloud