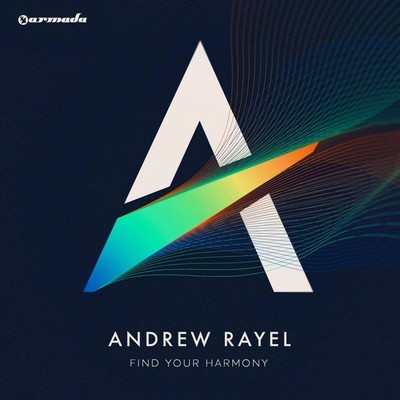 The much awaited debut album of Moldovan trance producer/DJ Andrew Rayel ‘Find Your Harmony’ was finally released on his mentor Armin van Buuren’s record label, Armada Music, on 30th May 2014. The modern day Mozart had been working on it since the last two years. Needless to say, it’s a celebration for trance fanatics and consists of 18 tracks including some of his biggest singles from the past and a few new collaborations.

It is rarely seen that a DJ uses classical music to convey human emotions. When asked Rayel about the reason for naming his album ‘Find Your Harmony’, he said “This Album is a journey in which we are looking for our love, our peace, our destiny that’s brings harmony in the universe. Each track has its own meaning, emotion and soul with some experiments to bring Rayel Magic. It covers all spectrum of style.”

“Find Your Harmony” is Rayel’s tribute to his fans and an example of his skills and ability to showcase the world his unique sound of trance. Through “Find Your Harmony”, Rayel also glorified the honour of the faith kept by his mentor Armin Van Buuren. After listening to his album, it is hard to digest the fact that Andrew Rayel is just 21 years old.

Starting off with an introductory track which opens with a hymn accompanied with drums gets the listeners’ morale high. It is followed by Rayel’s solo composition ‘Dark Warrior’ which is loaded with smashing kicks, foot thumping beats and hard bass lines. While it does deserve to be counted amongst trance classics of all time, it wouldn’t be surprising if progressive-house fans too add it to their playlist.

Apart from this one, the album consists of six tracks composed by Andrew Rayel without any collaboration, namely, ‘Impulse’, ‘Latifah’, ‘Followed By Light’, ‘Rise Of The Era’, ‘Power Of Elements’ and ‘The End At Pianoland’, all of which have been perfectly blended with outstanding piano melodies, magnificent synths and strings and infused with soothing vocal samples.

Next up, ‘Eiforya’ is Rayel’s collaboration with Armin Van Buuren, which was released as a single in March 2014 on Mainstage Music. It is sure to destroy dance floors and music festivals around the world with its fierce hardstyled bass lines and heavy drumbeats. Usage of classical orchestra and opera vocals, which is Rayel’s specialty, is an added advantage and leaves listeners hungry for more.

Another amazing track from the album is ‘How Do I Know’, which is Rayel’s collaboration with Janette Hoogstraaten a.k.a Jano and was released as a single in October 2012 on Armada Music, is a melodic jewel with vibrant beats and elctro sounds covered with flawlessly warm vocals and is by far a strong contender of vocal trance anthem of 2014.
The next track ‘Until The End’, which its quite a headbanger, is a collaboration between Andrew Rayel and British singer-songwriter Jwaydan Moyine Anwar and was released as a single in September, 2013. With deep and meaningful lyrics, it successfully conveys Rayel’s motive of creating the album which is to touch the listener’s heart and soul and fill them up with energy and love.

The tracks now take a shift from soulful to peppy with ‘One In A Million’ featuring vocals of Jonathan Mendelsohn. The progression of the sounds add to the liveliness of this track making it a treat for the ears. It is followed by ‘Fading Echoes’ featuring Lira Yin, which is a definite standalone track in with its symphonic tunes and no lyrics, yet mysterious and beautiful.

Next track is ‘Sacrementum’, which is coming together of two trance geniuses, Andrew Rayel and Dmitry Almazov a.k.a Bobina. ‘Sacramentum’ is an energetic track with bouncy beats, blasting electronic sounds and classical orchestra music. The haunting opera vocals, piano melodies and pulsating synths supporting the components mentioned earlier have enhanced the track giving a thundering experience to listeners.

‘There Are No Words’ comes next after ‘Goodbye’ which is simple, yet impactful. This track marks Rayel’s collaboration with Sylvia Tosun.

And finally, the journey of “Find Your Harmony” ends at ‘The End at Pianoland’.

Well, after listening to this album, “Find Your Harmony” proves that Andrew Rayel is one of the most influential producers in the trance game. If you haven’t heard the album yet, check out the continuous mix of “Find Your Harmony” hosted on our Mixcloud channel and experience this epic harmonious journey!