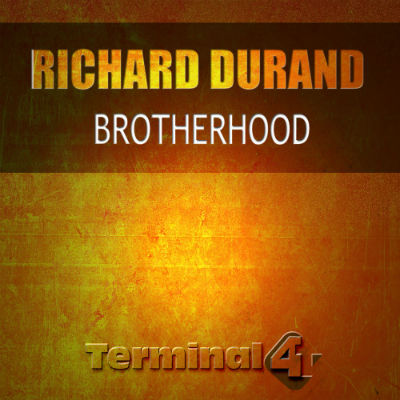 The latter half of 2014 saw ‘Blast’, ‘Shield of Faith’ and ‘In Your Hands’ collectively score another winning trifecta for Richard Durand. Each scaling the highest reaches of Beatport’s trance chart, they spot-rocked clubs, arenas & festivals from Amsterdam to Zanzibar!

In title and tone the Dutchman’s first of the New Year is the fraternally themed successor to his floor-whopping ‘Super Dad’. ‘Brotherhood’ – out today through his Terminal 4 imprint – is another no-nonsense, brio-bursting release that has the heart of your local club squarely in its sights.

Be in no doubt, this ‘ain’t no toe-tapper nor head nodder… With a frisson inducing lead line that goes surface to air at the speed of sound, it’s a high-grade, full-force, no-prisoners-taken mainroom-banger!