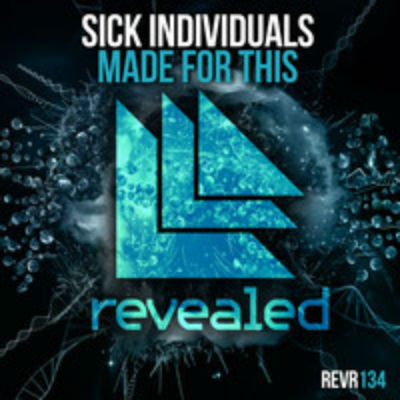 After a monumental Summer spent jet-setting from Ibiza to Russia, from Tomorrowland to Creamfields, the royal big-room duo of Sick Individuals are blazing back from the studio, with a brand new Revealed Recordings release.

After a pumping effort with fellow label alumni Dannic on last year’s ‘Blueprint’ release that stormed the Beatport dance chart flying straight in at #1, their original mix of ‘Lost & Found’ this Summer also deservedly claimed the top spot. Now, biting back with a vengeance, Sick Individuals are set to dominate the dance world once more with their explosive follow-up, ‘Made For This’.

Already wowing crowds across their sets as a previously unknown ID, the full-vocal complexity of the release has ignited the Dutch duo’s party-starting sets, its heavy bass beats and progressive electronica proving the perfect, underlying basis for such a euphoric track. Also drawing in live support from the likes of Revealed king Hardwell and dance impresario Laidback Luke, ‘Made For This’ has a title that explicitly reflects their talents in the industry, reconfirming that they really are made for this, readied to take the world by storm with their undeniably infectious creations.

Listen to Sick Individuals – Made For This (Original Mix) below.