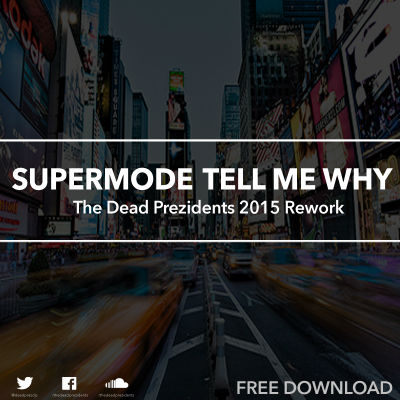 With an upcoming release on Laidback Luke’s Mixmash Records, The Dead Prezidents are putting out their 2015 rework of Supermode’s classic Tell Me Why.

Tell Me Why is always a crowd pleaser but The Dead Prezidents have taken it to a new level with their 2015 rework. Bouncy bass lines build towards the iconic breakdown of Tell Me Why before building back into a grooving and pumping drop.

Listen to and download Supermode – Tell Me Why (The Dead Prezidents 2015 Rework) below.