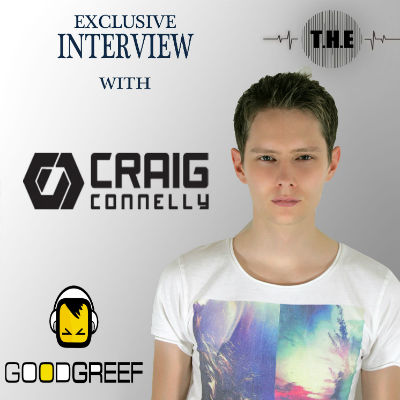 The last twelve months in music production have been prolific to say the least for Craig Connelly, with no less than 11 Beatport Top 10 selling Trance productions to date including two number 1’s ‘Black Hole’ & ‘Robot Wars’ with remixes for John O’Callaghan and Aly & Fila. However, his biggest step involves clubbing together a mix for Goodgreef Future Trance featuring some of toughest, most deadly current and upcoming trance music available to man, beast or DJ. As DJ, producer and man with the A&R plan at Garuda Records, Craig Connelly has been carving up floors the right way for 4+ years. To his mix, he brings one floor-waxer after another, and frontend that means the reunion of Re:Locate & Robert Nickson on ‘Recognition’, his revision of Andy Moor ‘Fade To Light’; his own Beatport-busting ‘Decibels’ and Armin’s latest Gaia creation, ‘Empire Of Hearts’. Further in Mark Sixma & Jerome Isma-Ae’s ‘Refused’, Protoculture ‘Music Is More Than Mathematics’, Alex M.O.R.P.H.’s ‘My Heaven’ and Omnia trancelation of Gareth Emery/Krewella collab ‘Lights & Thunder’ all grab their time to shine. Lifting the mix to near vertigo-inducing levels, Aly & Fila’s ‘Speed Of Sound’, Kandi & Wilkinson’s ‘Cityscape’ and O’Callaghan revamp of Lange’s ‘Unfamiliar Truth’ seal Craig’s deal. We made it a mission to get in touch with Craig to learn more about the Goodgreef Future Trance compilation along with a few other topics. Check out what Craig had to say. 🙂

T.H.E – Tell us a little about Goodgreef Future Trance.

Craig Connelly – Goodgreef is one of the most consistant and reliable trance brands of the last 20 years and this compilation is a snapshot of the sounds you can expect from the clubbing brand!

T.H.E – How was your approach to this mix when it came to track selection?

Craig Connelly – Just tried my best to remain true to myself and what I think works on a dance floor when im playing. Nothing too deep or brooding, just great music of the last 6 months and an expression of my own productions.

T.H.E – What is future trance according to you? What kind of sounds will be massive in the trance scene in the future?

Craig Connelly – Trance has never really stopped evolving, right now it’s hard to say what will be massive as there’s not really any peaks and troffs In the sound, it’s just a constant evolution. The internet seams to be going nuts for the harder faster stuff right now but that’s not a true representation of what works on the dance floors, my biggest reactions come from the darker slower tracks. I think the sounds will separate for a bit longer before meeting back in the middle again, but not for about 2-3 years when people get over the 140 hype.

T.H.E – What is your opinion on the other two mixes in the compilation?

Craig Connelly – Superb! I’ve played with both these guys in the clubs and it’s interresting to see what they would play given the chance to induldge their own tastes a bit more. Great compilation over all.

T.H.E – Who are the most underrated producers in the trance scene according to you?

Craig Connelly – Rafaël Frost is probably the best mix engineer I’ve ever heard, has to be him. Notable mentions to Mark Sixma, Husman and Markus Wilkinson.

T.H.E – One trance classic you just don’t get tired of listening to.

Craig Connelly – Above & Beyond – No One On Earth (Gabriel & Dresden Remix)

Craig Connelly – A shit load of new productions and remixes, and possibly a sniff of the start of my artist album, maybe…

What do you think of our interview? We would love to hear your views. Post them in the comments’ section below! 🙂 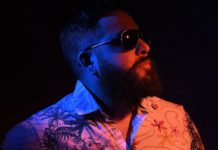