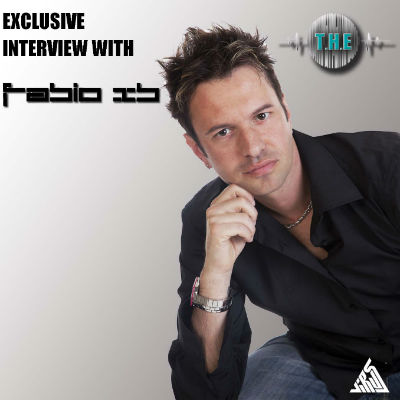 A music geek from an early age on, it seems that Italian producer Fabio Carrara was destined to end up in the music industry. Keen on technology, it would only take a few years till he completed his own studio and become familiar with computers, mixers, samplers and keyboards. In 1995, he started DJ’ing under his Fabio XB alias. Within a matter of time, his experience and unique sound as a resident DJ drove him to play in worldfamous clubs and events such as Ministry of Sound, Armada Night, Grotesque, Trance Gate, Amnesia, Eden Tranceitalia, Titanic, Insomnia, Cocorico and many, many more.

But the real kick-off to his career in EDM started when he released ‘Amnesia’, the single that would grow into a real anthem, played on radio, down clubs and hitting several charts. His sound, a combination of melodic pop and tech-trance, made him discover many new rhythms and dreamy atmospheres. Thanks to ‘Amnesia’, that he produced under his Alex Bartlett alias, Fabio became a much requested guest at international events and festivals all across Europe, Asia and US.

In 2007, it was Fabio’s ‘Touch The Sun’, remixes by Rank 1 and Duende, that became one of the most played trance tracks in the clubs, on radio shows, top seller on several online portals and a favourite of the DJ elite. ‘Universe Inside’ and ‘Off The World’ both became solid favourites of the crowd.

In 2009, Fabio began a new adventure with Armada Music. ‘Light To Lies’ ft. Simona Barbieri, and ‘Inside of You’ became some of the bestselling trance tracks of 2009’s summer season. Followed by ‘Flash of Life’, ‘Electrify’, ‘Flash of Life’, ‘Ascension’ and ‘MooZik’, he has released several successful singles, including collabs with Ronnie Play, Andrea Mazza, Micky Vi, Alex Class, Oscar Cossali, Marco Zangirolami and Simona Barbieri.

T.H.E – Music Encyclopedia managed to catch up with the Italian Trance DJ/Producer and got some great insight as to the what inspired Fabio XB to get into DJing/Production plus his influences, his secret as to how he prepares for a set, his plans for 2014 and plenty more!

Fabio XB – Hi, 2014 has started very well thank you. At the moment, I am working on a few new songs, big collaborations on the way.

T.H.E – How did you get into DJing and production ­and what or who were your early passions and influences?

Fabio XB – I was just 15 when I started to play with vinyls just for fun and luckily over the years, this became my job. I feel very lucky.

T.H.E – You’ve been DJing for almost 20 years now, one gig you played a long time ago that you still remember?

Fabio XB – One of my best gigs was my first time at Love Parade in Berlin, there was around 1 million people, it was incredible! Also the ASOT 600 last year is unforgettable.

T.H.E – What do you personally consider to be the incisive moments in your artistic career?

Fabio XB – Definitely my first time in a big club here in Italy, I was studying piano and I was impressed by Sven Vath around 15 years ago he was playing the first real trance songs. That was the day :)

T.H.E – Can you shed some light on how you prepare for a set?

Fabio XB – First of all I will listen to maybe 100 songs in a week, then select the best ones and then finish with some edits.
After this the best ones go on a HD and I play at home to feel the vibe of each song, after this I do the final selection.

T.H.E – There’s so much music out there, is it possible to build a real meaningful relationship with one particular track or album?

Fabio XB – Of course. I think that every song is talking to us, telling something different to each of us, it’s very subjective
but music lovers do not seem to fall in love with a song or an album despite the amount of productions in recent years, especially after the advent of digital market.

T.H.E – How has the dance music scene in Italy changed?

Fabio XB – In Italy you can find all kind of music around the clubs, here commercial music is the more followed but there are also techno and tech house great events. Unfortunately, my music (trance and progressive) is not too popular in my land.

T.H.E – One city/country you haven’t played yet, that you really want to play at?

Fabio XB – New York, Los Angeles and India, I really hope to have chance to play there soon!

T.H.E – With electronic music witnessing an unprecedented growth in the past few years, almost everyone these days is getting into DJing/Production. What are your thoughts on this? Has EDM peaked as a genre?

Fabio XB – I hope it’s just a new beginning and that more and more guys stay dedicated to this world. I think that EDM still
has a lot more to say :)

T.H.E – And finally, what else have you got planned for the rest of 2014? Anything that we should keep an eye out for?!

Fabio XB – A lot of big things, but, I prefer not to say too much right now, I can confirm two new collaborations on the way, one with Fisherman and Hawkins and hopefully the sequel of “Back to You” with Christina Novelli.. We will see :) Thank you very much!!