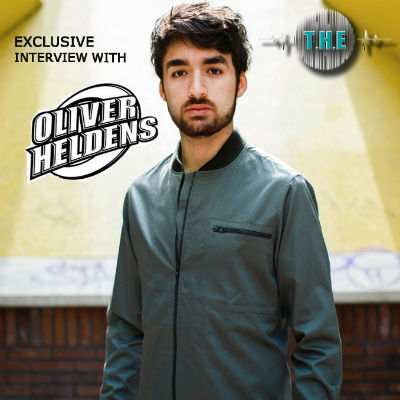 The Dutch Oliver Heldens was just 17 years old when the biggest record label in the dance industry, Spinnin’ Records, approached and signed him. A Techy / Deep House hybrid, which is instantly recognizable as Oliver Heldens. With releases as Gecko, his Robin Thicke Feel Good remix and his Martin Garrix Animals remix it’s safe to say 2014 will be a big year for him. Check out our interview with Oliver Heldens where he talks about the response to ‘Gecko’, survival of underground and garage music, his favourite hardstyle artist and his plans for 2014!

T.H.E – How did you get into producing? Were you always musically inclined?

Oliver Heldens – Yes my love for music started at a very young age. I played keyboard for a short time, but then I wanted to create my own music and I started producing. It took me a couple of years to find out how to do that properly though haha!

T.H.E – Do you listen to music other than electronic music?

Oliver Heldens – I listen to hiphop and pop at times. But mostly electronic music, in all different genres like Hardstyle, Techno, and the UK influenced stuff like garage and Dubsteb.

T.H.E – Which DJ has been your biggest influence?

Oliver Heldens – Headhunterz, I still listen to his productions and all of his podcasts. He was my very first inspiration.

T.H.E – With the kind of response Gecko has got, will you be making more sounds like that in the near future?

Oliver Heldens – Yeah, there will be a follow up on Gecko, that’s even better than the original track actually. But I’m not bound to just one sound, I’m exploring and experimenting a lot. So you can expect a lot of new sounds!

T.H.E – How important, in your opinion, is the survival of underground and garage music with the ‘American EDM’ boom and commercialization nowadays?

Oliver Heldens – I think it keeps the scene balanced. I’m trying to make a cross over between underground and EDM. But in my opinion EDM is a really big genre with a lot of different sounds, something that will develop bigger and bigger in many ways.

T.H.E – You’ve mentioned that you listen to a lot of hard style. Who is your favourite hard style artist and are you planning to produce a hard style track anytime soon?

Oliver Heldens – Headhunterz. Haha I don’t know, maybe a track with some hardstyle influences. As long as it mixes good with my own sound.

Oliver Heldens – It’s not that I plan on things like this. I just produce what I like, and what I feel at that moment. But like I said, I’m very open minded when it comes to different styles.

T.H.E – One genre you’d like to try out sometime soon.

Oliver Heldens – Hard to say, maybe the UK sound, garage or something. But it can be Techno too.