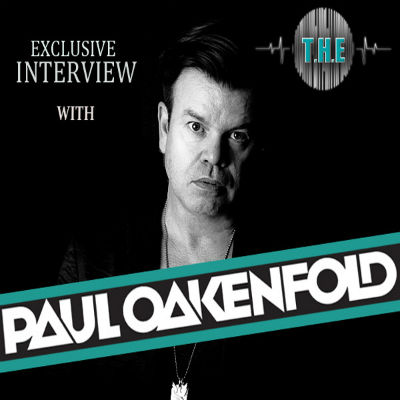 When it comes to a career the magnitude of Paul Oakenfold’s it’s hard to encompass one of the true legends of electronic music into just words. For over 3 decades he has elevated and shaped an entire genre and remains one of the leading forces in the global music scene today.

From the DJ booth of the world’s hottest dancefloors to the studio producing groundbreaking records or pioneering soundtracks for Hollywood blockbuster movies, Paul Oakenfold’s diversity as an artist and performer have earned him accolades from critics and fans the world over. Gathering 3 Grammy Nominations along the way – this journey has been epic to say the least. ‘Trance Mission’ by Paul Oakenfold is all about recreating those eternal tracks with a modern spin/twist to give a perfect delicacy to the ears of the younger generation. It sounds strange but actually Paul Oakenfold is on a very heavy mission to give to the brand new generation of trance preachers the chance to taste some of the moments that shaped the trance culture as it is today. ‘Trance Mission’ promises to stir up something deep within you. Every single one of these tunes has so profoundly shaped the industry that we now almost take for granted.

Check out our interview below where Paul talks about “Trance Mission” and helps us in knowing what went into the making of the album! Happy Reading. :)

T.H.E – Thanks for taking the time to speak to us, where in the world are you right now?

Paul Oakenfold – No problem. I’m in my office in Los Angeles.

T.H.E – With the album release your schedule must be even busier then ever, what is each day consisting of?

Paul Oakenfold – At the moment I’m in the middle of heavy touring in the US. Touring my TM album. I have three more shows to do this week and then I head to Europe for six weeks of touring and festivals over there – which I’ve pretty excited about. I can talk your though each day but to be honest it’s just the same old DJ cliches you’ve heard a million times before – airport, hotel, show, hotel, airport etc.

T.H.E – Onto the album, how would you best describe it?

Paul Oakenfold – The Trance Mission album is a tribute to some of my all time favourite records. On it there are tweleve cover version I have made of some of the biggest titles of all time in Trance – like Adagio For Strings, Toca Me, Madagascar, Hold That Sucker down, Not Over Yet…. These were all generation and genre defining tracks that have played a huge role in the evolution and history of electronic music – as well as my career.

T.H.E – How do you feel about this album compared to previous ones?

Paul Oakenfold – I feel excited and proud – as I’ve felt after releasing each other labum I’ve put out.
Trance Mission includes twelve new Paul Oakenfold cover versions of some of the biggest, most iconic and influential electronic records of all time. We would love to know as to what went into selecting those records.
It’s pretty straight forward. Once the concept and deadlines of the album had been fixed everyone in the office got together and we made a massive list of the 100 biggest trance records of all time – which was a short list we arrived at from an initial list of say 200 titles. I anyway had an idea in my head of the twenty biggest records from that list that were real Oakenfold classics but we decided to spend a few weeks listening back to all my Essential mixes and other live broadcasts, radio guest mixes and other shows – just as a kind of a refresher to make sure we hadn’t missed anything. After that we had a final list of twentry tracks and the album came from there. Anything that ws left over from that twenty – we currently have held on a list for a potential TM vol 2 – next year. But that’s certainly not confirmed.

T.H.E – The album covers a wide variety of sounds like trance, breaks, progressive, ambient, deep techno and even EDM! What was the thinking behind covering so many sounds? Was it something which you always wanted to do, create an album which will cover a lot of sounds, and subsequently cater to a wider audience?

Paul Oakenfold – There was no thinking behind covering lots of different sounds. I’m a DJ and producer that has always made and played a variety of sounds. If you listen to my sets from the early 90s a lot of them are house and breaks and progressive. Although a lot of people catagorise me a being just a trance DJ – I have always and will always be, in my own opinion, a melodic DJ who plays melodic electronic music. Yes I like trance but if I love a song and it happens to be drum n bass or EDM or even pop – I’ll still play it. Genre affiliation is old hat. It’s boring, restrictive and not something I want to be a part of.

T.H.E – How would you describe the sound of your new album to any potential new fan?

T.H.E – Tell us a bit about the tour which will tie in with the album, what dates are you looking forward to most?

Paul Oakenfold – Well I’m just coming to the end of the first US leg of the tour and now I’m heading to Europe for six weeks so I’m looking forward to Tomorrowland, Creamfields and of course playing in Ibiza. There are tons of shows coming up and I’m excited about all of them.

T.H.E – What do you do when you are not touring or making music?

T.H.E – We would like to wrap up by knowing which artist has impressed you the most in the past 1 year.

Thank you Paul for taking the time and giving your fans a much welcomed insight into the making of “Trance Mission”. Oakenfold has done a fabulous job keeping the spirit of these classic tunes true to the original, while presenting them in a way that seems bold, exciting, and thoroughly modern.

Make sure to grab his album here: http://www.beatport.com/release/trance-mission/1318904