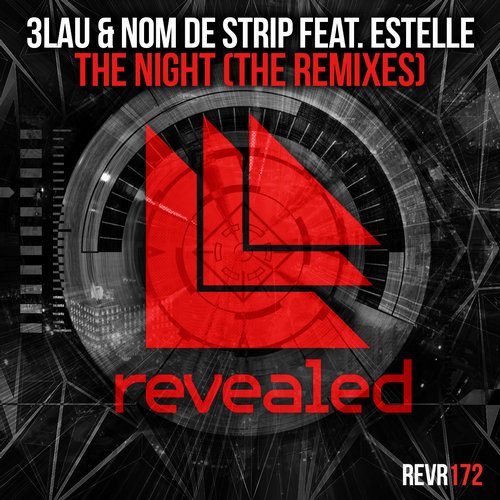 As 2015 gears up to be one of the biggest years for Revealed Recordings yet, world #1 DJ Hardwell continues to bring bold electro and fierce collaborations that drive an unmistakable energy, delivered from the imprint.

Out now on Beatport, ‘The Night’ from 3LAU & Nom De Strip feat. Estelle is a party-starting, groove-driven assault on the ears that bears a modern twist on a nostalgic track. As 3LAU returns to Revealed, after the success of 2013’s ‘Escape’ reaching #3 on the Beatport Top 100, the Las Vegas DJ & producer has now joined forces with LA whirlwind Nom De Strip.

Making his debut on the label alongside British R&B songstress Estelle, Nom De Strip links up with 3LAU for the pair to work their US beatsmith magic on this gargantuan, big-room reprise of Corona’s 1993 hit ‘Rhythm Of The Night’. One of the biggest tracks on the live circuit since Hardwell’s much-buzzed Japan Ultra set, ‘The Night’ fuses melodic waves and colossal drops with a soaring, punchy vocal, that by also receiving support from disc-spinners including Pete Tong, proves itself to be one of the most hyped collaborations, to kick-off the new year!

Listen to 3LAU & Nom De Strip feat. Estelle – The Night (The Remixes) below.