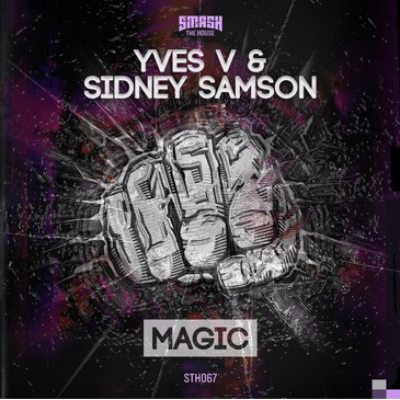 Dimitri Vegas & Like Mike’s Smash The House label continues to get the party started, with a whole new dose of Magic this January.

A name synonymous with the imprint since its conception, Belgian star Yves V has created some of the biggest anthems Smash The House has released to-date, from the Tomorrowland after movie anthem ‘King Cobra’, over to the massive ‘Crash’ back in May, Yves now returns to his musical home to kick-off 2015 like no other.

Joining forces with Dutch dynamo Sidney Samson for ‘Magic’, the pairing encapsulate high-energy euphoria, raging build-ups and epic drops, that present ‘Magic’ as one of the most hotly-anticipated tracks of the new year.

Poised to storm the Beatport charts and lay the foundations for what will be a huge year for both Yves V and Sidney Samson, start your 2015 with ‘Magic’, out on Smash The House.