Following the resounding success of his immense ‘Rott N’ Roll’ tour so far, Zomboy is looking ahead to 2019 with the announcement of ‘Roll N’ Roll 2019’, which kicks off in Chicago on February 8th next year.

Having wowed fans all across North America with spectacular shows throughout 2017 and 2018, Zomboy is gearing up to embark on his most impressive tour yet – welcoming Space Laces, BadKlaat, LUZCID and more to join him as special guests on the ‘Roll N’ Roll 2019’ tour.

With over 160 million combined streams on Spotify and over 1 billion combined streams on YouTube, Joshua Mellody, better known as Zomboy, has positioned himself as a leader in bass music through his timeless productions and versatility in an age where electronic music continues to evolve. The international heavyweight first made his mark with his debut album ‘The Outbreak,’ which hit #1 on the iTunes Electronic Chart in 10 countries including USA, Canada, Italy and Germany and #9 on Billboard’s Top Dance/Electronic Albums chart. He quickly built a devoted and enduring fan base through hits like his 2016 remix of The Chainsmokers ft. Daya – “Don’t Let Me Down,” which has achieved over 21 million combined streams to date, and 2018’s bass anthem “Like A B*tch” off his ‘Neon Grave’ EP, which has accumulated over 28 million streams to date. 2017 and 2018 have seen continued success with the launch of his Rott N’ Roll North America Tour, ‘Rott N’ Roll Pt. 1’ EP, collaboration with Eptic on “Bop It,” and single “Rebel Bass,” all while headlining festivals around the world. 2019 is poised to be Zomboy’s most ambitious year to date with the second installment of his Rott N’ Roll Tour, targeting larger venues with even bolder production. 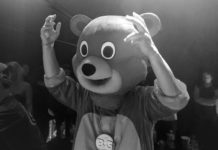 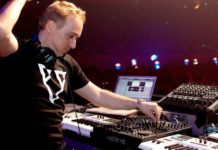 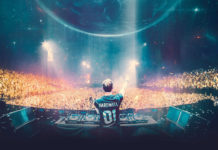 ‘I Am Hardwell – Living The Dream’ full-length documentary out worldwide today!