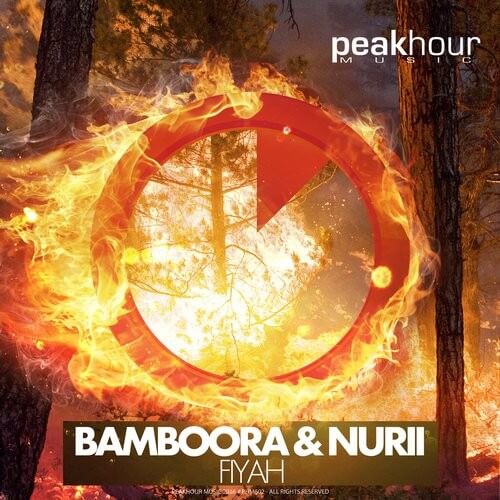 Kenya based DJ and producer Nurii has been making huge waves in the industry since catapulting himself onto the scene – quickly becoming one of the fastest growing and exciting new artists in the game.

Responsible for hits such as: Big Bounce EP, Simba, You & I, Echo, Devotion and Alpha, the multi-talented artist has been gaining support from some of the industrys heavyweight DJs, with Cedric Gervais featuring Alpha in his set at this years Ultra Music Festival in Miami. The highly skilled producer has also had the honour of remixing House legend Robbie Riveras track Move Your Ass, which was released on Robbies own Juicy Music imprint – an achievement many aspiring artists can only dream of accomplishing.

Finding time outside the studio, where he spends countless hours churning out the scenes biggest hits, Nurii can be found working on his very own radio show, which has quickly become a fast rising show – increasing his global fan-base at a rapid pace with every new episode. Not only does he work on the radio show, but Nurii is also the mastermind behind his own production blog, a platform dedicated to sharing his production and studio skills with the next generation of DJs and producers.

Up next for Nurii is Fiyah, a collaboration with fellow producer Bamboora and it certainly does not disappoint. Filled with razor sharp synths, heavy beats and infectious melodies, Fiyah is armed with everything you need to make the crowds go wild – a perfect peak time anthem. Quickly snapped up by Exodus for his Peak Hour Music imprint, Fiyah is out now and is due to make huge noises in clubs and festivals worldwide. Make sure you grab your exclusive copy now before it flies off the shelves.