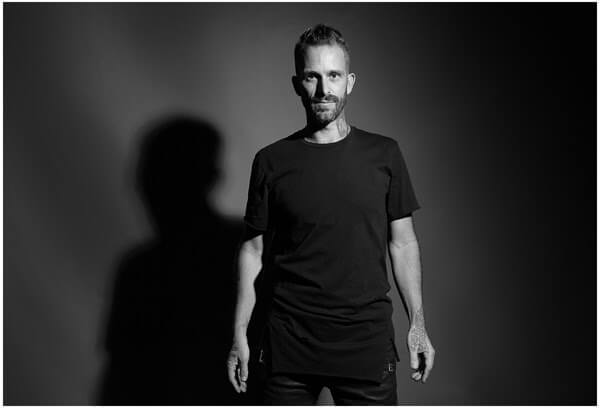 BARBUTO, the master of dark inner city techno, has released his first EP for 2016, ‘Vantablack’ featuring a remix by Enrico Sangiuliano on Sian’s prestigious Octopus Recordings label available now via Beatport and iTunes.

The Australian native and current Texan has continuously shown his commitment to the scene, making music for eight years in his handcrafted studio built out of a 36-foot trailer. Barbuto has had a longstanding residency with the renowned Austin, Texas nightclub Kingdom, and in recent years has opened for many techno heavyweights such as Sian, Nicole Moudaber and Adam Beyer, while playing at renowned global events like The BPM Festival and WMC. His addition to one of the top five selling techno labels Octopus Recordings in 2014, which also represents highly regarded techno producers Pleasurekraft and Jay Lumen, is a testament to his signature high-quality productions.

The three tracks in the new release showcase melodic elements while staying true to the dark yet fun nature of BARBUTO’s previous work. The opening track “Vantablack,” inspired by the blackest material ever to exist, features percussive backing against a grunting bassline. Otherworldly effects add to the overall style giving it an extraterrestrial feel fitting the title of the track. Veering from the original, studio whizz Enrico Sangiuliano remixes “Vantablack” on the EP’s second track. Sangiuliano intertwines his own sound by transforming the wobbly bass into signature multi-layered beats while maintaining Barbuto’s original deep vocals and effects. The third and final track on the EP, “Armadillo,” opens with a hypnotic bassline during the first few minutes and at the same time alternates between sequences resulting in a playful tone that continues to the very end.

In short time, BARBUTO’s ‘Vantablack’ EP reached #4 on the chart of all new releases on Beatport. Steadily moving forward and up, you can find BARBUTO playing alongside Matador and Louisahhh! at Kingdom in the next few weeks. Stay tuned for more cheeky explosive techno from this Octopus newcomer.