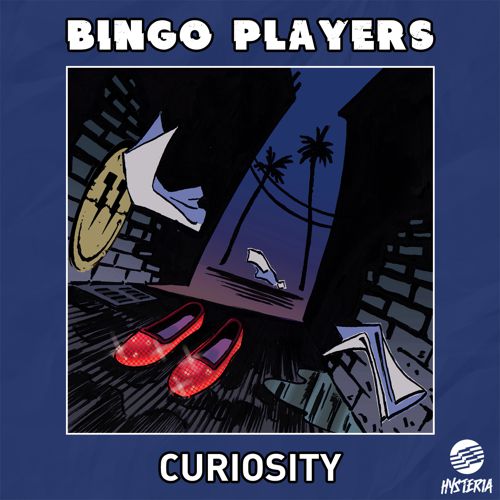 Safe to say the groovy, chopped up number blew the roof off, leaving partygoers demanding an ID on the track. Available to stream now via SoundCloud and Spotify, Bingo Players and Hysteria Records are proud to present the enormous ‘Curiosity’.

Those lucky enough to be there heard the soulful topline perfectly complementing a typically catchy hook from the Dutch maestro as he revisits a sound himself and Paul popularized with releases such as ‘Chop’, ‘Devotion’ and ‘Disco Electrique’. Leading by example, Bingo Players has delivered yet another dance floor classic with his signature build amping up the energy and culminating in a finely tuned tailor-made drop. The track will see its release on Bingo Players’ seminal imprint Hysteria on the 29th June.

The single follows in the footsteps of massive club single ‘Nothing To Say’ that received widespread superstar support and garnered worldwide critical acclaim from the likes of no.1 DJ Hardwell, Showtek, W&W and Nervo among others. The far-reaching success and implications of Hysteria as a label are enormous. Started up by both Maarten and Paul the label now provides as Paul’s legacy and continues to exhibit a fresh take on electronic dance music.