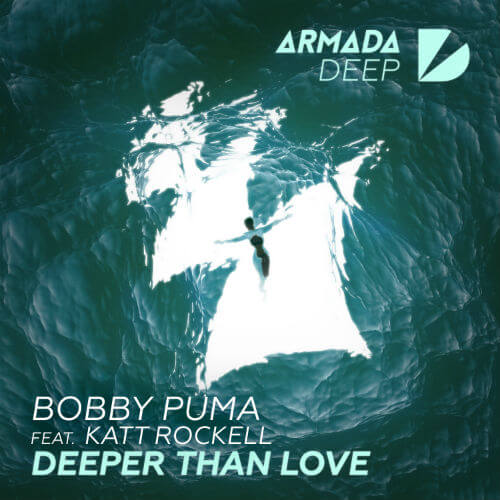 Rising electronic prodigy Bobby Puma isn’t exactly a new kid on the block, but he ventures into house territory with his latest release, titled “Deeper than Love” (ft. Katt Rockell).

The track’s winning combination of ethereal vocals, emotive lyrics, and a deep progressive beat adapts from easy listening during the day to a groovy dance floor anthem at night. “Deeper than Love” will be the genre-defying producer’s first release on Armada Deep, adding the acclaimed progressive and deep house label to an already loaded arsenal of successful singles. It hints at a shift in Bobby’s production to the deeper and more melodic side of electronic music. “Deeper than Love” has already received support from some of the world’s biggest DJs like Calvin Harris, Hardwell, Tiesto, and Alesso.

A San Francisco native, Bobby Puma is a producer’s producer; some critics may say that DJ should have a niche genre, but Puma demonstrates his skill by creating music that both bends genres and surpasses expectations. His ability to craft masterful tracks that encapsulate a large spectrum of electronic music has been proven through an impressive track record that includes collaboration with Chuckie, famous Tiesto edit and releases on world renowned labels such as Doorn Records, Musical Freedom or Smash The House. Bobby spent much of the last five years in the studio, but in 2015 began taking his dynamic musical talents and vibrant personality on tour. Look for Bobby Puma at a club or festival near you and prepare to be impressed by this genre-defying genius.