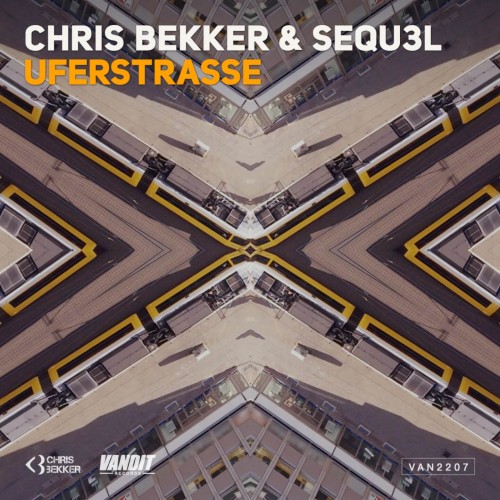 Last month, Chris Bekker’s Original mix of ‘Heimat B’ brilliantly seized the mood of deeper floors, while its Ben Nicky mix-counterpart made short work of smashing up peak time.

With his debut long-player now primed for its spring 2016 release, Chris slots another piece of its singles jigsaw into place.

Continuing his track-by-track sonic channelling of the sounds, sites and senses of the German capital, Bekker musically encapsulates its streets in a way only a native can.

For the album’s second single, Chris finds himself in production cooperation with a fellow, deeply-minded studio-soul. Together with Sequ3L, the pair have constructed a track that perfectly summons the urban ether of the Uferstrasse. Hooked around its catchily engaging riff, it’s one that latches first listen… and then buries itself deeper with each subsequent one!

Half progressive, half trance and all awesome, ‘Uferstrasse’ is one for those that take their electronic music dark, swirling and mindfully intense! It’s also another clear sign that the ‘Berlinition’ album shaping up to be one of the most interesting, underground releases you’ll hear this year.