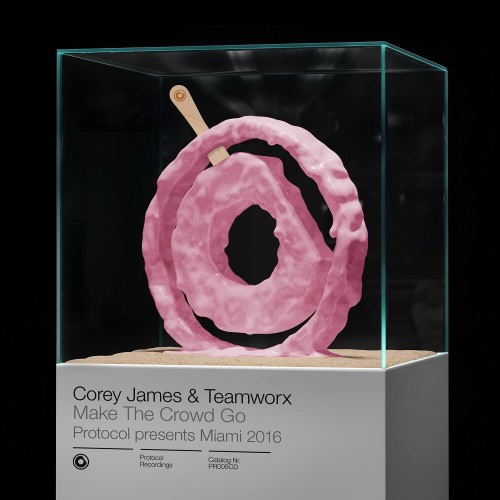 On March 7th, Nicky Romero’s ‘Protocol Recordings’ will be unveiling their eagerly-anticipated ‘Protocol Miamia 2016’ compilation which has been mixed by Protocol prodigies Florian Picasso and Blinders. Featuring on the compilation is an exclusive track entitled ‘Make The Crowd Go’ which has been conjured by future stars Corey James & Teamworx.

Fan favourite Corey James is no stranger to Protocol Recordings; he has already signed 3 tracks to the prestigious label, including ‘Covka’, ‘Naboo’ and also ‘Collage’, which has graced the main stages of Ultra, Tomorrowland and Creamfields. The Liverpudlian also featured on the ‘Protocol Recordings Presents’ stage alongside Arno Cost, Volt & State and Stadiumx at Life In Color UK in January too.

On the flipside, ‘Make the Crowd Go’ will be the third release from Israeli outfit Teamworx, who have already made a big statement within the industry. Their most recent release; ‘Ritual’, in collaboration with Mantrastic, stormed up the Beatport charts, and along the way gained support from numerous headliners including Dannic, Blasterjaxx, Sick Individuals and many more. Together, the trio’s ‘Make The Crowd Go’ is perfect for club nights or the upcoming festival season. The drops are composed of a funky bassline and groovy beats, whilst the break also encompasses an array of synths, breakbeat patterns and a catchy rap vocal all working in tandem. ‘Make The Crowd Go’ looks set to get everyone’s temperatures rising and their feet moving.

Listen to Corey James & Teamworx – Make The Crowd Go below.