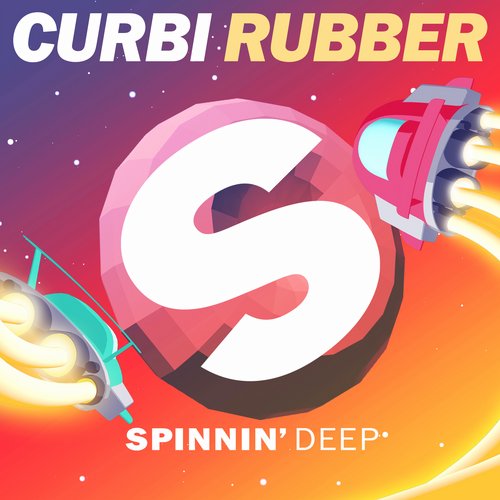 Earlier this year announced as the newest young sensation at Spinnin’ Records, now Curbi returns with his highly awaited second single. Going by DJ support and first worldwide responses, it looks like ‘Rubber’ acknowledges the 16-year old producer’s talent to deliver groundbreaking club music. No lucky shots here, the buzz is all justified, Curbi is here to stay.

For sure, he was the talk of the town, early 2015, after signing a dream deal with the mighty Spinnin’ Records at the tender age of sixteen. But the signs were all there; a young lad from Essex, UK, making music in his bedroom, breaking borders as he created a house sound of his own. After Dutch tastemaker Oliver Heldens got hold of his track ‘Discharge’, it didn’t take long for Curbi to get signed to Heldens’ home label Spinnin’ Records.

The story is enchanting. ‘Discharge’ getting hundreds of thousands SoundCloud plays in mere days, getting picked up by the biggest DJs out there, remaining in the Top 10 of Beatport’s main chart for 28 days (!) while the video is now counting over 1.1 million Youtube views. Not bad for a debut, the buzz around Curbi only becoming larger by the day.

After releasing his first mixtape last week, which scored 125.000 plays within a week, now his second single ‘Rubber’ is out on Spinnin’ Records. And surely, this is a worthy follow-up, a gem for the clubs, including Curbi’s characteristic raw bass lines, adding tension with some deep synth chords creeping up on you during the breakdown.

Again, it’s an amazing piece of music, provoking the same kind of responses as ‘Discharge’ did three months ago. Pete Tong couldn’t wait to premier it in his BBC radio show, while artists like Diplo, Oliver Heldens, Martin Solveig, David Guetta, Michael Calfan as well as Martin Garrix, Dimitri Vegas & Like Mike and Quintino gave it full support. Genre crossing, you could say, which is exactly what Curbi does with his bass heavy house music – his sound hits a nerve everywhere!
Listen to Curbi – Rubber (Original Mix) below.