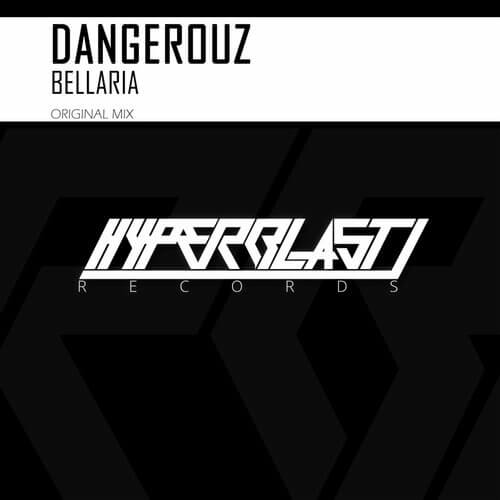 McCallen native Dangerouz is set for his second release of 2016, with the highly anticipated Bellaria  hitting the shelves on the 11th February 2016 via Hyperblast Records.

With previous hits such as: Kingpin, Police Raid, Brenessy and the Beatport Top 100 Electro House hit Dynasty, Jesse Garza aka Dangerouz has been making huge waves within the American Dance scene, leading to many A-list labels keeping an eye on his highly skilled productions. The in- demand producer has also been making a name for himself in the clubs, having landed opening spots for legendary names like Alex Peace and its only a matter of time before he reaches places many can only dream of.

Bellaria kicks off with simplistic drums before a filthy Dirty Dutch influenced lead and chords in the breakdown sets the scene and prepares the listener for what is to come next. The track builds before an old skool 303 Acid bass-line sets the dance floor alight. The breakdown is reintroduced, drawing back the energy levels once again as the Dirty Dutch synth sets the singles ascension before the final drop, sending the crowd into a state of frenzy. Dangerouz has yet again produced a hard hitting Electro club hit that demonstrates his unique production talents and reminds us why he on a mission to reach the top of the Dance music ladder.

Digital Empire Records were quick to sign Bellaria for release on their emerging sub-label Hyperblast Records. Dangerouzs debut record on the label sees him join artists such as: Jaques Le Noir, Spinksy, James Clean and MastaBuizness and with many more releases on the way, you are sure to hear Bellaria and Dangerouz in the clubs very soon.