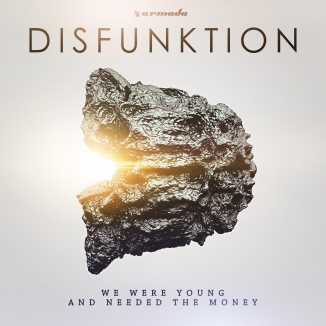 Disfunktion is considered one of the brightest DJ/Producer duos in their genre and has numerous successful collaborations to show for it, teaming up with the likes of Paul Oakenfold, Dash Berlin and many more. And as their very own studio album is now here, the next step in their increasingly awe-inspiring career has been taken.

The name of Disfunktion’s album, ‘We Were Young And Needed The Money’, is no less iconic than the eight records featured on it. Including thrilling single ‘Argentum’ and a massive collaboration with internationally acclaimed Fehrplay called ‘Nova’ among other stunning tunes, Disfunktion’s quick rise to the top has picked up pace.

They might’ve been young, and they probably could have really used the money. But as long as it results in outstanding music like this, they can continue working their magic as much as they like!