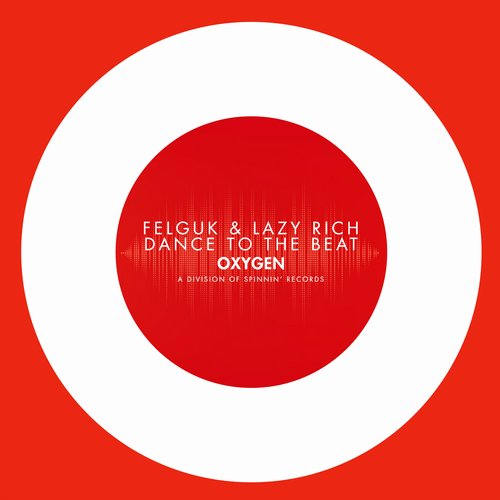 House heavy hitters Felguk and Lazy Rich know that you don’t have to wait for Thursday to jam to a throwback.

Their brand new collaboration “Dance to the Beat” packs some seriously killer old school electro vibes and a funky, disco-influenced melody for a track that is unarguably dance-floor friendly. “Dance to the Beat” took form as Felguk and Lazy Rich were inspired by their beginning days as DJs around 2008-2010, when electro-house kings such as Wolfgang Gartner and Bart B More reigned supreme. You’ll start tapping your toes as the track begins with an intense buildup comprised of heavy guitar riffs, prolonged until your knees are wobbly with the urge to jump up and dance. The release comes with the driving melody and growling basslines that will have listeners on their feet in an instant, helped along by a distinct, French-disco influence that is reminiscent of a certain Daft Punk.

“We always wanted to do a collab but never had the opportunity. Lazy Rich sent us a melody that he thought it was very funky and it would fit our style. When we received it, we had the idea of doing a track with the vibes of the electro from 2008-2010, which was when Rich and us started. We loved the idea and moved forward, “Dance To The Beat” is the result of that :)” – says Felguk.

Felguk and Lazy Rich are no strangers to the game either. The Brazilian duo has accompanied Madonna on tour, had their original track “2nite” chosen by Insomniac as the soundtrack to EDC Las Vegas in 2010, and were the only DJs from their home country to rank on the DJ Top 100 list for four consecutive years. In his own right, Lazy Rich has produced a slew of #1 Beatport hits and heads his own label Big Fish Recordings. With early support from Afrojack, David Guetta, Dimitri Vegas & Like Mike, “Dance to the Beat” will be destroying a dance floor near you this holiday season.

Listen to Felguk & Lazy Rich – Dance To The Beat (Original Mix) below.